Zillow and "McMansionHell": a bizarre "copyright" claim indeed, against an unusual website; a lesson in Fair Use? 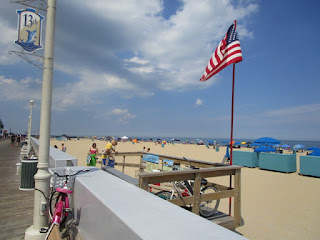 I’ve seen a variety of bizarre copyright claims over the years, not only of the Righthaven troll variety, but also just from public companies with fundamentalist ideas of their fiduciary duty to protect their intellectual property, particularly from Hollywood and from music or record companies.

Now there’s a bizarre cease-and-desist against the owner of an architectural critique site called “McMansionHell” from Zillow, a site that does mass listings with detailed photos of properties for sale all over the US (and probably worldwide).  In fact, I am considering the possibility of a move later this summer, and just last night I was looking at the comparable prices of condos and homes in a number of cities (Baltimore, Charlotte, Dallas, and Las Vegas – and Vegas, still recovering from 2008, seemed the “cheapest”), all of which are more reasonable than the Washington DC suburbs.  Then, today, surfing on Twitter in the chain-reaction aftermath to some unrelated events, I stumbled across this problem.

The “McMansion” development does make me wonder, who can afford all these houses (or $10 million condos in NYC for that matter).  Call it gentrification.  If you see livable space in a third story attic, well, teenagers will be living there.

There’s something about the whole downsizing thing.  Yes, I’d rather be in a secure building with supervision, and less that can go wrong (outside of another 9/11 or WMD event).  I’m not into being off the grid or into doomsday prepping, even though I follow the topic somewhat.  It even strikes me that more could be done, rather than selling and downsizing alone, to encourage seniors to provide housing to lower-income people as companions and stay where they are.  That might be morally preferable.  (See my “Bill Retires” postings April 21 and June 24, 2017).  The whole ethical and legal network around hosting asylum seekers, which I have explored on Wordpress but which it looks like I will not be doing, comes into play.

I don’t personally have a reason to use photos of houses in my own blogs (and the concept of a housing critique site like this had not occurred to me – I wonder what “Blogtyrant” would think of it), and generally I try not to take or use pictures of people’s private homes and property unless there is a really good reason to do so.  When I’m on the road, looking for a public place to park and photo to report something legitimately interesting can sometimes be a challenge.

Mike Masnick has a legal analysis of the Zillow case in his “censorious thugs” column on Techdirt here.   It does seem to me that a copyright owner cannot, as a matter of law, declare that his/her/its content are off-limits from Fair Use evaluation. The TOS claim might be another matter.  This is another one to watch. Here’s a YouTube story, too.