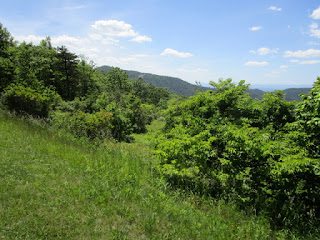 Although I’ve been covering this on the International Issues blog and on Wordpress, I wanted to note here British Prime Minister Theresa May’s call for “wordwide Internet regulation to fight terrorism”,as Brian Fung explains in a link here.

The text of May’s speech was carried on Time’s website, as here.

One silver lining in Trump’s attitude is that Trump does not believe that the US needs to fully cooperate with other countries in making Americans share the same regulatory control of their freedoms (“America First”), ironically (if unfortunately) as we saw in Trump’s pulling out of the Paris accords.

Fung also refers to an earlier chilling speech in December 2015 when a candidate Trump essentially wanted the ability to "turn off those tubes" if we were in a wartime situation with terrorists.  This is a particularly troubling idea because radical Islam in particular looks at ordinary non-believer or “apostate”  citizens as combatants.

I like the essay by Theodore Dalrymple "Terror and the Teddy Bear Society" in the Wall Street Journal, June 6m 2017, p. A17.   Nihilists will attack us if we're "weak" and not resilient, just because they can.