How far does the sharing economy go before it jeopardizes personal security? Hitchhiking is really OK? ; also, resistance plans "Day of Dinners" June 25 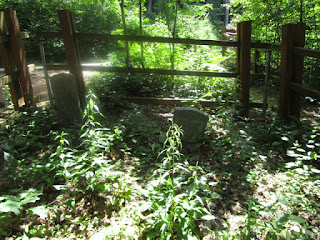 But, really, are you willing to pick up hitchhikers just because they “need” rides?  What about personal security?  (But you can watch the little "Train" film "Bulletproof Picasso", which I have reviewed before. Mean what you say and say what you mean, like Chris Christie.)

There are other stories around that Airbnb is pressuring homesharers to behave more like commercial hotels.  Consumers need reliability and certainty, and don’t want to have to be “approved” or have online reputations as consumers (an issue I have with Uber, too).

And the potential liability to homesharers for guest use of wireless internet connections deserves more attention than it has gotten. Is OpenDNS the right idea?  Not all telecom companies offer it (and that gets back even to the net neutrality debate).

There's also a "radical hospitality" movement event "A Day of Dinners" June 25, 2017 sponsored by the Women's March.  News story here, link here. If you visit it, you'll see it is rather coercive in tone.

I haven't put any time in being able to host events at home (I go to events in public spaces) but I used to do this when I lived in Manhattan in the 1970s, ironically, like an Understanding meeting (Dan Fry's group) in May 1976.