Trump makes good-faith journalists uneasy about the possibility of jail; "Life is not fair" 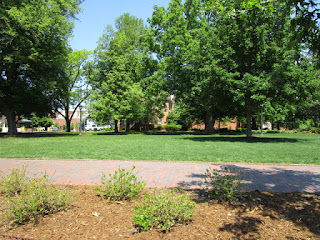 Columnists, especially at the Washington Post (“Democracy dies in darkness”) are warning that Donald Trump could become an increasing threat to journalists, as in this Style column Thursday May 18 by Margaret Sullivan   These comments appear as Trump receives Turkish president Tayyip Erdogan, after ugly events near the residence of the Turkish ambassador.

The article does focus somewhat on the prison sentence and Obama’s release of Chelsea Manning, although that seems to be a stretch to say that Bradley-Cheslea’s behavior was journalism comparable to reporting.  After all, she was (and still is) in the Army.

I note that CNN and other networks have said they would not publish specific intelligence they had become aware of concerning the source leading to the overseas “electronics ban”.  Responsible papers are careful about publishing information that they know could compromise sources.

There does seem to be a legal gray areas between “The Pentagon Papers”, and publishing specific classified information when it is learned.

It is possible for independent, non-press-credentialed bloggers to have classified information (often unsolicited) sent to them.  This happened a few times with me after 9/11, and I did share it with authorities.  One comminque led to a 20-minute phone chat with an FBI agent in Philadelphia in summer 2005 about Osama bin Laden.

The AP reports that Vermont has become the latest state to provide a journalist shield law. 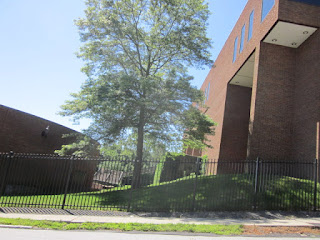 Jenna Johnson and David Nakamura at the Post report that Donald Trump told a graduating class art the Coast Guard Academy in New London, CT, "Over the course of your life, you will find that things are not always fair."  Trump used to say "Life is not fair" in the Boardroom scenes on "The Apprentice".  He tends to look at people as "winners" and "losers" in an absolute, existential and overly individualized sense.