Russia's stunning leveraging of social media on US voters 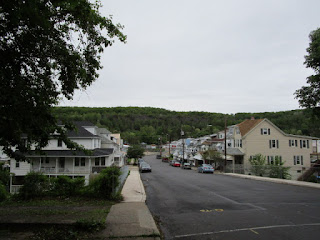 Time Magazine on May 29, 2017 has a feature story by Massismo Calabresi, “The New Propaganda” or alternatively “Hacking Democracy: Inside Russia’s Social Media War on America”, link.

The details are quite startling.  Russians directed tweets to users in DOD, encouraging them to like to malware infected sites that would enable them ultimately to spy on US defense and political operations. It’s a little unclear how government and major party operation computers were so poorly protected.  Likewise, reporters were contacted in a way to lead them to “fake news” sites that would distort the picture of the refugee issue in particular.  Russians also used algorithms to manipulate news feeds through Facebook to ordinary Americans to convey a distorted picture of what was happening.

Russians seem to have exploited the cultural gap in US society, where “average Joe’s” don’t believe the intellectual elites of the Hillary Clinton types and can be prodded to believe fake news and conspiracy theories. Part of the problem is that the “elites” don’t interact personally much with the “average Joe’s” and tend to regard them latter with a bit of not so hidden personal contempt.  The Russians on the Internet promulgated a new kind of class warfare.  Incidents like Comet Ping Pong were bound to result.

Russians seemed to have targeted attitudes toward migrants and undocumented immigrants, sometimes trying to create sympathy (like the debate over sponsorship and hosting) and then suddenly uncertainty, playing the "you take somebody else's bullet" or "trojan horse" card.

And a president who seems manipulative, thin-skinned, and intellectually inconsistent on what he believes – Donald Trump – got elected by hucksterizing to a mentally vulnerable base.

And on Saturday, touring around central Pennsylvania and its decimated coal country (like around Centralia) I found people still supported Trump.  It wasn’t just because of Obamacare.