"Hubpages" offers some 3rd party supervision to Bloggers, and yes I need to address this 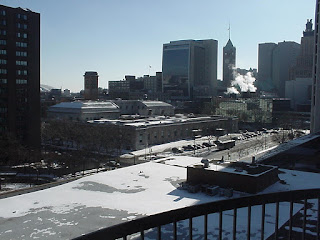 I learned this morning about another blogging platform, really a community publishing center, called Hubpages.

The site was founded in the Bay Area back in 2006, and apparently has caused some controversy among writers by requiring all posts to be subject to mandatory editing – professional editing is preferred, a policy that has been growing since 2011.  The site also has some very specific policies and rules about intellectual property violations, including copyright.

I learned about it from Phil Chandler, whose inventory of posts is here.  His latest post is a critical discussion of Donald Trump’s First 100 Days.  I have some posts by Chandler on my legacy “doaskdotell” site, for example this piece about sodomy laws before Lawrence v. Texas (2003).

I have two blogging platforms of my own, this one (16 blogs on Blogger), and four on Wordpress, which are more “polished” and take more time to do.  (I had another one called “Technical-Legal Confluence” which I allowed to expire with a major server change, but I had save the posts back from 2006-2010 and may put them up on a flat Wordpress blog later “when I have time”.  There is some good legal history in this old blog; some of them dealt with the 2007 COPA trial.)

What is apparent, is that if I were to contribute to Hubpages, I would need to start out with a much narrower, fact-based focus.  That contrasts with many of my posts today, where I speculate on what could go wrong in the future with some policy direction (network neutrality is a good example).  Articles would take more time to write to a professional standard, so they could not be nearly as numerous as on my own blogs.

There are some subject areas that come to mind.  In the past, “don’t ask don’t tell” would have been the right fit, and if real problems start to develop in the Trump-Mattis Pentagon again, I could certainly contribute on this area.  Another area, with which I had great personal indoctrination in the 2003-2010 period, is filial responsibility.  In fact, I did pen a Wikipedia article on the topic (and I did contribute some materials to Wikipedia on DADT).  One particularly troubling area would be the likelihood that Section 230 of the 1996 Telecommunications Act will be weakened, particularly as a Congressional knee-jerk to the Backpage “scandal”.  Or I could take up security of the power grids.  Yes, I could write a factual piece about that.

Still another issue would be how (in the U,S.) we can and should help asylum seekers (as compared to refugees).  This gets into a lot of areas, like the big differences between the United States and Canada on private sponsorship.  I have been looking into the possibility of hosting someone myself, since last sumner.  As of now, the issue is still unsettled.  There is a group in Washington DC (Center Global) that facilitates hosting.  It appears in general that the hosting that happens is rather informal and requires a host with a lot of social capital, which I don’t share in the LGBT community in some activist or more specific sub-communities.  There is a Catch-22, a sort of “Rich Young Ruler” problem here, in that to participate, I would need to offer to host my inherited house without asking so many (security-related) questions first.

So it is also possible that, at 73, I will downsize, sell the house to a developer for tear-down, get rid of all the family heirlooms (which disappear because I am an only child who did not procreate), and move itno an urban apartment, where the logistics of the things I really want to do become simpler.  That is more like the life I had in downtown Minneapolis 1997-2003 in the Churchill Apartments on the Skyway. This would make volunteering in areas that require more specific and personalized commitments from me (and indirectly, more focus in writing) possible because of simpler logistics and fewer distractions from maintaining old real estate.


Maybe working with this group could be a step toward getting to work with a real news organization, and having somebody else provide the infrastructure.
Posted by Bill Boushka at 9:45 AM