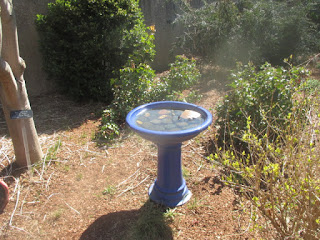 A blog called “The Asylumist” by Jason Dzubow, Esq. has a posting today on online reputation for migrants, especially people entering the country for the first time, or re-entering.  It would sound logical that this could affect US citizens at the border, and that it could affect whether asylum requests are accepted.

"Could an asylum seeker's social media posts once in the U.S. have a bearing on his/her "credible fear" or "particular social group" status?  Suppose someone overstayed a visa but had applied for asylum status out of fear of LGBTQ persecution for certain countries (Russia, many countries in Africa, and Islamic countries) within the one year limit, but had "outed" himself or herself on social media while in the U.S., easily discoverable in the home country. "   (Note online: I meant to say “overstayed”, not “overstated”).

Dzubow talks about “degrees of separation” of a person from a known terrorist.  In some countries, for most people this might be a low number like 3 or 4.  Actually, I am just two degrees of separation from President Trump, and only one from a number of celebrities.

Here is Jason Dzubow's answer to my question: "It could have a bearing. In the example you give, the social media page helps the asylum case, so the applicant would probably want to print relevant pages from social media and include them in the asylum case. Take care, Jason". I would interpret this as meaning that Jason does not believe Sessions-DOJ or DHS is likely to narrow the idea of what constitutes "credible fear" or a "particular social group". Asylum cases could take much longer, but he doesn't seem to see the standards tightening all that much. There could be a concern that an immigration judge could expect someone to return home and "go back into the closet", but I don't see that concern being expressed that much right now.

I posted this reply to his comment just now (Monday, March 20, 2:35 PM EDT) "I would wonder if it would be more likely if the application for asylum would be denied on the basis of the notion that the applicant could return and go back in the "closet" if he deleted everything. It sounds offensive, but in this political climate (with Sessions as AG) I wonder if it could go this way. "