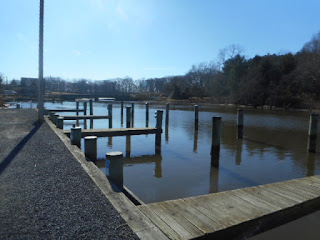 I wanted to open the month with a note about my own blogging strategy.

I have an inventory (or "the sum") of all my blogs here (along with a Privacy Policy that applies to all blogs carrying Adsense  -- 16 on Blogger and 4 on Wordpress (20 total).

There was an older Technology blog on this mini-site  which I had set up in 2006.  That blog was “lost” when the ISP was sold and the site migrated to a new platform.  Some of the entries are here.   I did save all of the content (all of it written before 2010) and I will eventually repost it on the free Wordpress site   which I am not using much otherwise right now.

The legacy site “doaskdotell” was set up in December 1999 (name reserved until 2021) as supplementary support for my book series.  An old site “hppub.com” was migrated to “doaskdotell.com” in the summer of 2005.  This site has many older-formatted (pre-blog) movie, book and music reviews, as well as the (“it’s free”) text of my books.  Recently, there was a problem at the ISP where the visitor was shown a Windows Server page (lasted about 18 hours). This site was also moved by an ISP purchase and migration last autumn.

I had added the most two recent Wordpress blogs (media commentary and news commentary) in May 2016.  Most major media (movie and book) reviews are on this new blog.  The news commentary has interpretative commentary on many issues (such as immigration).

That generally means there are fewer postings on the 16 legacy Blogger blogs.  However, especially given the election of Trump, I have found that the details of many policy issues are shifting constantly, making it difficult to write many large interpretive pieces.  So I have been using the legacy blogs more again, especially the LGBT issues blog, the International Issues blog (to cover immigration, refugees and political asylum seekers)  and this one, with smaller, more factual stories with more outside links.

The Wordpress blogs have also been a little harder to use recently, because of server caching.  Many postings don’t show up on the actual blog until the next day, even though you can get to the blog individually if you know the page number.  Usually it will show up immediately with some of the Wordpress categories.

As a practical matter, I post many news links on both Facebook and Twitter.  Both streams are public.  Typically I post there first, and then write a posting on one of the legacy blogs if the news item is important enough.

I may do another book marketing campaign on Facebook soon ($50) the last one brought many visitors.