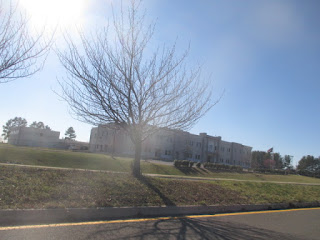 There was a bizarre incident involving the organizing of a political watchdog group, in Winchester VA this week.  It’s worthy of note.

The group (called “Indivisible Winchester”)  reportedly comprises Republicans and conservatives who object to some of Donald Trump’s behavior, policies, or both.  (Today, Trump made things worse with a tweet about the unsubstantiated idea that Obama had him wiretapped before the election).

The organizer of the group got a long, quasi-threatening email challenging the very idea that the group was meeting, according to this story on ABC7 station WJLA here.

One wonders why the recipient wasn't suspicious and didn't mark the email as spam. One could always have gotten a threatening email and never opened it and remain unaware of any "threat".

The story mentions the sheriff departments in both Frederick (containing Winchester) and Clarke (containing Berryville, 10 miles to the East).

There aren’t many news accounts online.  The Winchester Star link cannot be read without a subscription (no free trial for the paywall).  And it is not practical for a blogger like me to subscribe to small town newspapers.

I made a field trip to the area today.  No one seemed to know much.  I purchased a hardcopy of the weekend paper in a Sheetz store and there was no mention of it.

On Facebook, the group closed its page and requires a friend request (link).  I’ve never seen a group do this on Facebook before.

Again, it seems surprising and disturbing that someone would object to the mere existence of a local political pressure group. 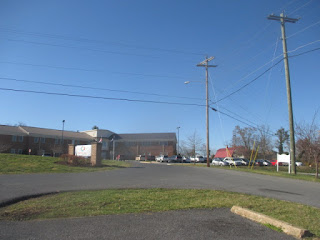