Advertisers finding themselves displayed near what they perceive as hate speech on the Web; tech companies wonder about more pre-screening for ads 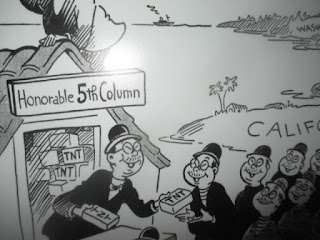 Elizabeth Dwoskin and Craig Timberg have a detailed article on the front page o the Washington Post today, “Advertisers find it hard to avoid sites spewing hate”.  Online, the title is more specific, “For advertisers, algorithms can lead to unexpected exposure on sites spewing hate”.
l
The long story explains how mainstream tech companies like ATT won’t use Adsense or similar services because of incidental placement near hate speech.  The story gives many examples of ads near racial , misogynist or homophobic slurs.

Some advertisers complain that their ads appear near comments that are hateful even though the main articles are not.

However, some advertisers don’t won’t any connection to sites thought to be hateful or white supremacist (like Spencer), or even perceived as so conservative that they are unempathetic to ordinary people (like Breitbart, or perhaps Milo).  When I look at Breitbart (or Milo) right now, I see plenty of ads (but more of the sportsman, hunter type) but I don’t see any stories that are “hateful” in the narrower sense of the word I am used to.  I do see a preoccupation with the Trojan horse problem, which is what terrorists want to exploit   And I do see a resentment of gender-related “political correctness” and safe zones.