Report on my own circumstances with respect to hosting issue; Trump blasts "fake news media" and bans mainstream news outlets at gaggle 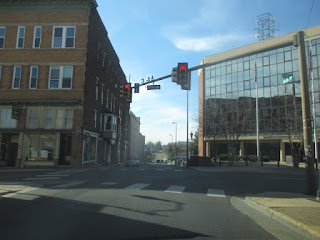 Given my own recent investigations and blogging about the (gay) asylum seeker issue, I took a “personal integrity” check of sorts and had a 1:1 with a pastor in Washington DC yesterday.

She, along with a number of church members, had returned recently from a few days in Cuba.  She noted that people in Cuba are very smart and well educated but have a uniformly low standard of living because of past Communism.  Most poor countries, people don’t show book smarts.  But in the interest of “egalitarianism”, Cuba has suppressed individual initiative and kept everyone equally poor.  So did Maoist China in the 1960s.  Generally, there is no Internet, no wide dissemination of personal news (or “fake news” for that matter).

Let me try to summarize one particular train of thought:  We are born “unequal” in circumstance and biological capability.  I think inequality (most of all, from accumulated and inherited wealth, not just income) is a serious, destabilizing problem (DADT-III) even though it must naturally accompany freedom and innovation at first.  But inequality is addressed first when those who are “luckier” give back and enhance value in the lives of “real people as people”, not just in abstractions.  It is not addressed well simply by joining mass movements or demonstrations, or automatically giving exaggerated support to people who claim to be members of marginalized groups, with no critical thinking about “what actually works” intervening.

The “giving back” issue is particularly testy with citizen journalists, who may be perceived as “spectators” or “kibitzers” or as “iv-critics”, who are unwilling to place their own skin in the game (maybe literally ), yet who may have a disproportionate influence on the lives of those who take on more responsibility than they (the gratuitous speakers or provocateurs) do.  This, if you think about it, fits the traditionalist conservative idea of family values, where it is presumed that everyone has a responsibility to care for other generations locally.

So, I have been looking at this asylum seeker issue since last summer.  The “need” arises from the fact that there is a population that does have the temporary and contingent legal right to stay in the United States  despite lack of normal documentation (based on accepted asylum applications) but that is legally preceded from gaining government benefits (for some number of months) and from working.  Legally, the only way those without accumulated savings can remain here is if someone supports them as a dependent.  But the law (outside of the end-stage idea of actual marriage) does not provide any such recognition to the host and exposes the host to many uncertain risks.  (In Canada it is much clearer.)

The current Trump administration takes on a mentality of “take care of your own” (that is, Americans) first.  But Americans (citizens, and most permanent legal residents) are normally entitled to benefits and to work, to function as normal individuals.  The class of asylum seekers, whose numbers (especially including Central America) are considerable but whose situation is narrow and whose needs may take on a life-death urgency, seems pointed and to present specific moral challenges to individuals in my circumstances, with an inherited house.

Generally, our “society” does not expect individuals to house homeless persons whom they do not already know  (earlier commentary).  And in the LGBT community, allowing people to “stay” or “crash” is common and informal and often accompanies the start of personal relationships, but it is “under the table” and not a policy matter.  (It still can become a safety issue for neighbors.)   Yesterday’s meeting did not result in any change in that perception.

Judging from news reports, it appear that some organizations of faith feel that it is morally imperative to house undocumented immigrants even when flouting the law, out of compassion or humanitarian concerns.  Usually these are housed in churches or public buildings.  Sometimes people are hidden in private homes (under the Fourth Amendment) but this does not seem all that common.  There are tremendous volunteer activities to help illegal immigrants at southern borders, but most of this happens inside actual church property (with feeding, clothing, tents) or may especially involve conducting known relatives of the immigrants and buying them bus tickets.

I do not consider it my moral obligation to flout the law to “give back”, at least in these circumstances.  Housing of someone without documentation and without a legitimate and credible asylum application cannot become my personal concern.  In general, though, I recognize that there can be times with faith can demand civil disobedience, but I don’t think that point is reached here.

And even today, most faith-based organizations helping immigrants do not openly ask for housing assistance in private homes, although sometimes this occurs (as with adult immigrants traveling alone).

So, at this point, I perceive myself approaching a critical decision point, with a sense of neutral equilibrium, and a risk of rolling over.  Right now, the bias in the system seems to say that people should not be expected to house others whom they do not already know personally, unless, perhaps, there are some reference or background checks.  There needs to be some supervision, from a church or social service agency.  The social service agencies right now generally (away from border areas) handle only refugees because that’s where the government assistance is (even if pre-screened foreign refugee admissions are temporarily banned by Trump). However a host’s own church could help supervise a housed asylum seeker, and this idea was discussed.

I have spent a lot of time investigating this on my own.  Some of the issues (like liability for Internet router use) could be mitigated with some techniques like guest accounts or possibly OpenDNS (the latter of limited use).  I have not heard much specific about the local situation since Trump was inaugurated by I may next week, after Trump issues another EO and addresses Congress, so that we have more idea of the contingencies that could happen with hosting asylum seekers.

The hosting need (covered on my LGBT issues, international issues, and Wordpress news commentary blogs) is likely to be low volume (because of tightened credibility practices regarding fear and “particular social group”) but extreme need (nearly certain persecution, maybe death, if the person is deported).  This could put someone in a “know nothing” position – once one knows about a particular case that is presented, one must “step up” and take the risk (as in Chapter 6 of my DADT-III book).  That would mean some time-consuming due diligence steps (with attorneys) before accepting someone who could become a dependent.  So I don’t know how this will turn out, but I think it’s likely to be resolved before “The Ides of March”.

One ethical or credible solution could be to downsize and sell (the family Drogheda).  That means I go back to an apartment, which I chose, which takes less time and risk to manage, and frees up time for my own priorities.  That eliminates the “political liability” of having inherited space that you don’t really need. It could become a tear-down.  As an only child, the final legacy of my parents’ 1940 marriage dissolves, there is no lineage.    If this is my decision, I’ll outline the remaining “homework” that I must finish before starting the process of a sale and relocation, which itself would probably take 60-90 days from the get-go.

In terms of Biblical references, this somewhat like the “give to whoever asks” (Matthew 5:42) idea in the Beatitudes, more than “turn the other cheek.”  It is about the connection of faith and works.  If is more about duty than taking responsibility for choices in the usual libertarian sense.  Because duty, by definition, involves stepping up to risk and “costs you something” (and can mean “bullet taking” or sacrifice relative to the former self in the more extreme cases) it is connected indeed to “right-sizing” (the Wordpress news commentary blog) even though that concept is easily abused by authoritarian leaders and tends to disguise the need to have more real “heart” and organic spontaneity.

We talked about whether the heavily bureaucratized volunteer groups  (food banks and delivery, community assistance, help lines, etc) really do much good.  She said that they do, but communication with clients is gradual and very difficult.  But sometimes risk-sharing forces you to walk in others’ shoes for a while, maybe a long time;  to walk away from that sometimes amounts to cowardice.  Remember, the "Rich Young Ruler's" problem was that he had too much to lose, when the poor or "average Joe" people don't (and can do more "off the books").  And the Parable of the Talents promises a world of inequality on its face, until people circulate themselves back in.

The idea of "radical hospitality", however, could become important social resilience factors after a major regional catastrophe (even a WMD incident). 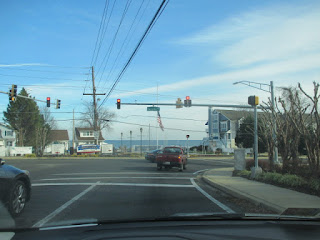 One other thing right now:

This morning (speaking at CPAC at the Gaylord in National Harbor, MD), Donald Trump said that “fake news” comes from media elements that are enemies of “the people” and he called for an end to allowing journalists to cite anonymous sources.  ("The fake news media are he enemy of the people")  I could extend this by reinforcing how authoritarian leaders think that the "people" should be individually "right-sized" in a queue.

CNN is reporting (as of 2 PM) that it, the New York Times, Politco and other mainstream to liberal sites were shut out of attending a White House "gaggle" where the FBI leak may be discussed.  But OANN and the Washington Times may attend.

The Washington Post reported on its own experience with the gaggle later today here.  The New York Times reported on it here.  CNN has a video here.  The Los Angeles Times is especially strident.