Milo Yiannopoulos, "le beau provocateur" In French, everything is either masculine or feminine, nothing is neuter (or neutral) 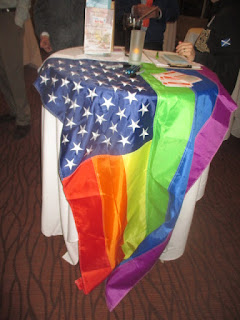 I collected a few references and tried to get at the bottom of what he really says.

Here’s a recent interview on “The Nation” with “the most hated man on the Internet”. I find Milo’s criticism of libertarianism out of character.  He wants personal freedom, but admits that the collective whole of culture and country matters, too, so that could possibly put his own personal lifestyle into question.

After the Bill Maher episode controversy   (airs on HBO Friday 10 PM) , Mashable published an analysis, describing how Milo deliberately “normalizes” extreme positions so that conservatives (especially the US GOP) will regard them as mainstream. (The gif photo makes him look angelic while characterized as a "monster".)

So I browsed through some sites reporting his quotes.  The Inquisitor had the most constructive article.   But “YourTango” repeated some of the same quotes but with less generous interpretations.   “Azquotes” has a larger volume.

Milo makes statements about members of various groups that reflect how a lot of the “right wing” feels.  But he really makes them in subjunctive mood (which in English is less clear than it would be in French or a romance language).  He makes statements that characterizes some members of marginalized groups who overplay their victimhood, knowing they will inflame a certain segment of the radical Left and set up a chain reaction that keeps him famous .  But the statements are generally not factually true of most people in the groups.

His comment on “fat shaming” is especially indicative.  Yes, there is some element of “personal responsibility” or “moral hazard” here.  But the comment reflects a personal bias, expressed by a gay man, that to be important, another person should be an remain a perfect cis male for eternity (like an angel, perhaps).  It’s interesting that a computer-aged face of Milo circulates on the Internet.