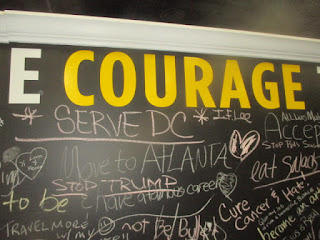 Donald Trump, on his second day in office, blasted the media in a way shocking, to me at least.

Sean Spicer held a sudden press conference at 4 PM Saturday, as an “emergency” where he took no questions and “no prisoners”, to warn the press about disloyal reporting, as in this New York Times story by Glenn Thrush.  Most of the briefing had to do with Inauguration Day crowd size, which seems like a trivial topic.

Then, when talking to the CIA at Langley, Trump seemed, while reversing an earlier silly statement, seemed obsessed with reporters as “the most dishonest human beings on Earth.”  Why would a profession based on objectivity and not publicly taking sides be predicted pm dishonesty.  This betrays an authoritarian mind set that fears any rupture in his façade (where he “creates” truth) will undermine national identity and popular loyalty, needed for stability.  It’s a theory of propaganda we hear from Valdimir Putin.

A “running war with the media” indeed.  Yet his enemy right now seems to be the established media.

He hasn’t really said yet he is afraid of bloggers, although I’ve argued he could find plenty of reason to in the future.

Maybe Trump buys the idea that journalists are just spectators turned critics (like in the movie "Rebirth") and "don't play".  Ask Bob Woodruff, after recovering from his severe head injury from reporting in Iraq.  With conflict journalism, you pay your dues. 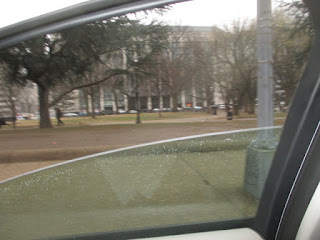