Trump, authoritarianism, propaganda, and controlling rumor mongering; more on the limits of individualism 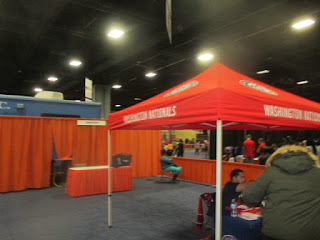 Margaret Sullivan has a strong column on the Washington Post this morning, in the Style section, “How BuzzFeed crossed the line in publishing ‘salacious’ dossier on Trump”.   She notes that Slate went on with even more materials   Then mentality is “when in doubt, publish”.

Then the bloggers like me pick it up, because we gain visibility (and ad clicks) if we do so,

Trump, recall, wants to change libel laws.  He says that publishing of even linking to or pointing to defamatory information deliberately for personal satisfaction is, on its face, harmful, and that we should have a system like in Britain where the defendant has to prove truth.

It is possible to get sued for hyperlinks to defamatory material (and there is a suit against some doomsday prepper bloggers in this regard) although so far that’s been uncommon in practice.  This could change.  Defamatory material tends to attract readers “in their own bubbles” on both the far Left and far Right (particularly).

But the Wall Street Journal this morning, in a story by Bradley Hope et al,  says that former British intelligence officer Christopher Steele (pay attention to the name) is reported, by reputable third parties, to have prepared the dossier on Russian spying on Trump.   There could very well be spies in other countries, not just Russia (Trump is right about that).

I also wanted to pass along David Brooks’s NYT column “Bannon v. Trump”  where Brooks explains the psychology of cultural nationalism and populism, as a reaction to hyperindividualism, and Ayn Rand-like ideas that leave a lot of people out. I don’t buy a lot of this, but why is for another time.  But Bannon has a point that nationalism and statecraft is an answer to the dangers of asymmetry.

Picture: Yes, the Nationals need to get busy and find a closer.