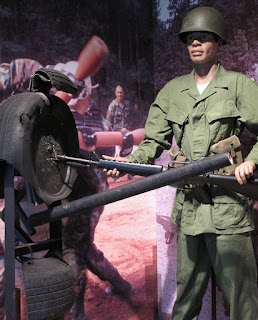 The New York Times ran a column on p. 6 Sunday January 8, 2017 by former Marine Corps Lieutenant Karl Marlentes, “Vietnam ’67: The War That Killed Trust”.  He provides a caption, very relevant to my own books (especially the first “Do Ask Do Tell”), “Vietnam still shapes America, even if most of us are too young to remember it.”  I thought, that’s like saying, the world ended, but we were too sinful to notice.

Marlentes even admits that America was “great” in the 50s and 60s, finishing a great interstate highwat system, building public schools and universities, going into space, putting a man on the Moon, and making progress on civil rights, and passing Medicare, and trying to create a “Great Society”.

Marlentes points out that the military was where men of different races learned how to get along despite different cultures and the bad karma of segregation and slavery.

Marlentes, toward the end, talks about the male-only conscription system, and the college deferment system, admitting they were both “unfair” by today’s standards.  He notes that the current “volunteer” system exploits the poor, who supply a disproportionate portion of the casualties.  He also makes a case for national service.  I can see, for example, that you could set up service as a graduation requirement, and also use it to pare back on student debt.  The draft provides a historical lesson in how we shared existential personal risk. and the resilience we need to deal with it.