Mobile blogging with AMP will help some small businesses 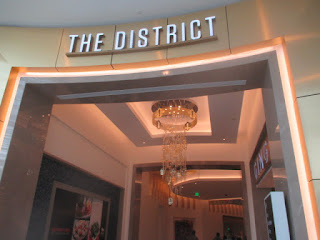 I haven’t yet paid much attention to this, but Google has sponsored and introduced a mobile blogging facility called Accelerate Mobile Pages, or AMP, which it describes here as the Accelerated Mobile Pages Project .  The point of the facility is to encourage much faster loading of websites on mobile devices

Wired has a good story by Kent Flinley from Feb. 25, 2016, explaining how the stripped down HTML works  Only limited javascript is allowed, but some special javascript features are used to place ads.

The article indicates that AMP pages generally rank higher in Google search results, although that diverts from the idea that Google is indexing the rest of the world (and maybe the universe), not just itself.

There is a plugin for Wordpress, and it is possible to convert Wordpress (and presumably Blogger) sites to this format.   But Wired reports that the appearance would be somewhat drab.

But what I don’t see is a tool that enables easy blogging on a mobile device or tablet itself.  It’s much easier to do with a traditional keyboard and touchpad or mouse.  Furthermore, earlier versions of mobile Blogger, at least, allowed only one such site and it would not have mixed with an account’s other conventional blogs.  I don’t know if this has changed.

My experience is that Wordpress content loads faster on a modern MacBook with Yosemite or later, than it does on a modern PC or laptop with Windows 10.   Speeds on my iPhone are reasonable in a 4G LTE environment. But this sort of product probably works better for relatively simple sites, for meeting quick “niche” commercial needs that consumers are likely to encounter when away from home or office.  It probably wouldn’t help me.


On "Billsmediareviews.com" I got a 98/100 on Mobile friendliness (as from Wordpress), 51/100 on mobile speed, and 56/100 on desktop speed.  The points criticized included browser caching, image optimization, server response time (under control of BlueHost and Automattic, not me), and "render-blocking CSS and Javascript in above-the-fold".
Posted by Bill Boushka at 8:19 PM