I had a meeting today on possibly becoming an asylum host; here is where things stand 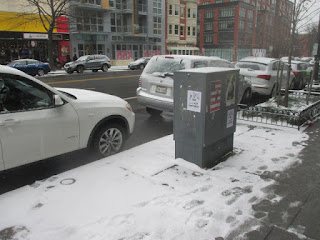 Today, after a long series of intermittent contact, I had a meeting at DC Center Global concerning the possibility of my hosting an LGBT asylum seeker, in the U Street area of Washington DC.

The details would be very sensitive, so I’ll just make some summary notes.  At the moment, the prospect of my doing so is inconclusive.

There is a small number of asylum seekers (male and female) hosted in Washington DC and nearby Maryland and Virginia.  Some are hosted by couples (which can include female couples and straight couples).  Sometimes more than one asylum seeker is hosted in a household.   Asylum seekers can come from Russia, sub-Saharan African, the Middle East, Central America, and less often Asia.
They may be female and in rarer cases transgender.

Asylum seekers often have expired visas, and are required to have applied within a year of arrival.

During first nine months or so they generally are not allowed to work or receive government benefits and are dependent on private sources.  Once their asylum applications are approved (which takes a very long time usually) they have the same access to benefits as pre-screened refugees.  In the LGBTQ need area, most asylum seekers faced arrest or physical threats before they arrived in the US, even though they arrived legally with visas.  Asylum seekers must be cautious with the timing of requests for asylum, after arrival and need legal assistance with this (it gets variable and complicated).  Some asylum seekers with no resources to wind up in homeless shelters but they don't usually return home if they face prosecution, so potential hosts don't have "life and death" powers if confronted by pleads.

Generally, many asylum seekers have some savings, and get private (not government) benefits in the way of metro cards and coupons or vouchers for good and groceries.  In Washington, HIV services are usually available from Whitman Walker and health plans for general purposes are possible.  In other jurisdiction, it sounds like it is possible for some health care expenses not to be covered.  A provider might pursue a host, and it is unclear (depending on the state) what could happen.  But in some cases (outside of the District of Columbia or of some other major cities) hosts are taking on some “risk” of responsibility for asylees as partial dependents, probably without tax benefits.

Obviously, sociability of the host can matter.  Hosts have considerable discretion in setting ground rules on their property, like with respect to issues such as smoking.

Asylum seekers need Internet access.  Normally they already own their own laptops and smartphones.  I raised the issue that there are ambiguous concerns over host liability for misuse of an Internet WiFi connection, including copyright infringement (for illegal downloads) or viewing illegal content (child pornography), where law enforcement and content owners have increasingly effective and automated ways to detect violations.  Some of these concerns could be faced by AirBNB hosts, or hotels offering WiFi (as most do).  There are some possible solutions (such as guest router settings) that I have started to look into.  Possibly the asylum seeker could use the hot spot on his own smart phone or iPad, if possible, or a separate hot spot could be purchased.   I’ll report later in detail on how some of these solutions could work on a Wordpress blog. This is an evolving issue.  It does need to be resolved.  Another complication could be that an asylum seeker wants to use TOR to communicate to relatives back home in a secure way for completely legitimate reasons.

It would be highly desirable if social service agencies working with refugees could work with asylum seekers.  Generally they cannot, because they don’t get any government reimbursement for supervising the assistance process.  So asylum assistance is almost entirely private.

Housing hosts or “sponsors” of asylum seekers can be taking some personal risk, which some people would see as matters of “faith”, or as fair sharing of risks, which I have presented before as a fundamental moral issue (even going back to the arguments I have made about conscription, deferments, and DADT).  A host’s own employment, retirement, financial resources, and possible inheritance (along with any other family issues or “dead hand”) can be relevant.  It is helpful to be familiar with some of the parties involved for a while before agreeing to host, if this is possible (just as one is usually more prepared to offer hospitality to someone one already knows).  The Internet liability problem needs more attention for risk mitigation.

I can understand that I could sound incredulous.  If I'm willing to allow someone to have a key to the house, isn't that a bigger risk than what could happen on a computer?  Is this simply an issue of trust, or of belonging and having access to enough social capital? 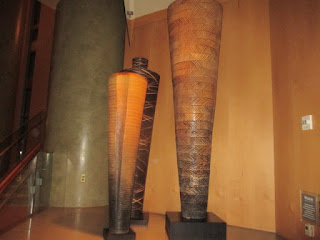 As a matter of record, I did stumble on an unusual plea in a non-immigrant situation Friday;  this hasn't happened since 1980.  I have also heard the legal opinion expressed that no one should ever give his keys to his home to a person without resources because the risk is all "yours" -- but isn't that part of the moral debate over inequality?