"Cowardice" now applies to countries more than to individuals 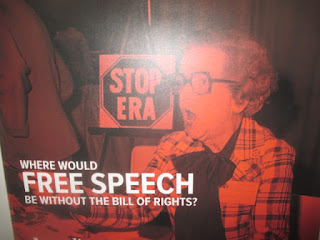 David Brooks lectures us now on “The Politics of Cowardice” , which is how he characterizes Donald Trump’s exploitation of the fear of migrants.

In comparison with the optimism of Ronald Reagan, Trump offers us the morality of necessity, of taking care of your own first, protecting others in your tribe from external enemies in a zero sum world. The Washington Post had characterized Trump’s convention acceptance and now inauguration speech as a depiction of a “nation in peril”.  But I wonder how they would depict FDR after Pearl Harbor.  (By the way, my parents heard about as people got on a train in Philadelphia that Sunday afternoon in 1941.)

Brooks says that we use the word “coward” for those dominated by fear, but goes on to say that Trump was hardly cowardly in business.

But Brooks points out that Trump is turning economic nationalism, protectionism, and isolationism into a kind of cowardice for the whole country.

FEE has a similar essay by Sean J. Rosenthal, "Banning refugees is cowardice, not vigilance". (Note the homonym on the White House strategist's name -- oh, right, it's "Bannon", not "Banning".) ,  The writer does say that at an individual level bravery (the warrior mentality) is sometimes overrated.

I think the concept bares concept to this discussion of nationalism by Ludwig con Mises on FEE here.

What has changed, though, is that we’ve forgotten how things were in the past, when young men were expected to “protect” women and children within the community, and a failure to do so was seen as “cowardice”.  Remember the days of the male-only military draft.

I face that question as I contemplate the “risks” of hosting an asylee.  I was asked if I were not a “man of faith.”

There is, though, a double edge to being nudged to walk into the potential path of someone else’s bullet. It’s appropriate to put all the risks (especially legal and liability-related) on the table.  When one suggests that others should join you with sacrifice, it’s important to understand what you are asking for.  There is a tendency to think that joining a group or movement will protect you.  I don’t do thinks anymore as part of a “group”.  If something happens, I will walk in another’s shoes indeed.

Yet, as I said in Chapter 6 of my own DADT-III book, sometimes it is morally necessary to “step up”, even at risk to oneself.  I probably didn’t consider the “taking a bullet” idea as much as I might have.