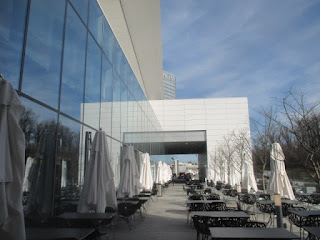 Facebook is announcing a strategy to “put fake news out of business, with your help”, according to a story Thursday night on NBC Nightly news, with video, here.

Users can mark a post, which can allow Facebook to mark it as disputed and ban the publisher from its ad networks, when enough visitors have reported the post as possibly “fake news” .  In some cases Facebook will show stories as disputed.  “We cannot become arbiter of truth itself”, and “we aim at the worst of the worst.”

I do have a problem that satire will get edited out.  For example, most of the postings of Milo (Breitbart) have a great deal of satire, but no hatred and no actual fake stories.  Somehow I’m reminded of the “Fact or Fiction” controversy about the Jersey Devil as well laid out in the 1998 sci-fi indie film :The Last Broadcast” which came out about the same time as the better known “The Blair Witch Project”.

And I have an issue of wondering, are we “ungated speakers” morally responsible for taking advantage of a permissive climate where so many “deplorables” among the user base don’t have the IQ or sense to avoid the gullibility to what amounts to a kind of information or knowledge spam?

However, someone whom I consider quite reputable has said recently that Silicon Valley has destroyed the profession of reporting, on a Facebook post himself.  In theory, that would maintain that my own model of “It’s free” (like in Reid Ewing’s 2012 video), allowing my perspectives to be found and get into the debate passively (something that worked very well with the “gays in the military” debate some years back) could destroy journalistic or media professionalism.  Amateur speech has a role in keeping established politicians accountable, and especially reining in on the reparative claims of “identity politics”.  But amateur speech can become gratuitous, and make others wonder about the speaker’s real motivations.

Along these lines, one can digest Charles Sykes and “Where the right went wrong” in New York Times.   This is pure tribalism:  you belong on one side or another, and either your side wins or loses.  We can’t all play for the Chicago Cubs in 2016 (Jimmy Kimmel notwithstanding).

Tim Toles writes, in the Washington Post, “The 2016 election was stolen.  Got a nicer way to say that?”

You might want to watch Vox journalist Tim Lee (whom I know from my days in Minneapolis) take on Tucker Carlson over the fake news issue on Fox, here. Lee is generally libertarian himself but does think private social media companies need to take this seriously.