Trump's win seems an attack on elitism and intellectual arrogance 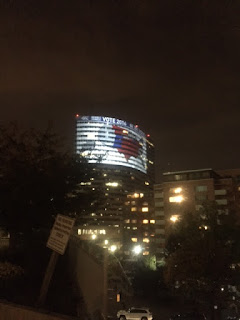 I went to two places in Arlington last night, and I gradually came to accept the idea that Donald Trump was likely to win.  This was apparent by probably 10 PM as Florida went south, and as Clinton seemed unable to hold leads in any key states.  Her performance was like that of a baseball team dropping four one run games in a row on the road in a four game sweep, some of them to walkoffs.  Despite all her movie and music stars, Hillary didn’t seem to have a bullpen. 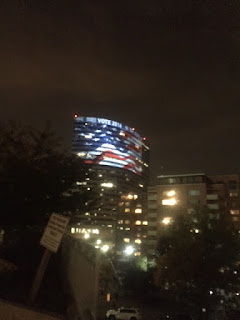 I think there is something to be said for the idea that one of the biggest problems for the Democrats was intellectual arrogance, for example Thomas Frank’s piece in the Guardian.

I think that Trump supporters (the “basket of deplorables”) as well as Trump himself represent (with some irony, given Trump’s pride and wealth) an attack on elitism.  Last night, I wrote this on Facebook before finally retiring:

“The most striking motive behind Donald Trump's supporters was their anti-elitism. And emotion, and anti-intellectualism, and anti-rationalism. And denial. For me personally, that's the most dangerous part of it. 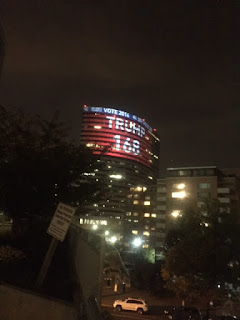 “I remember this sort of thing from my journey through Army Basic in 1968. 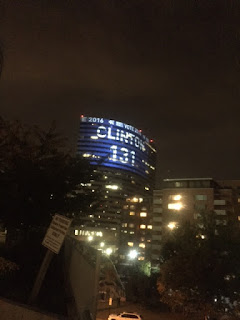 “It took an elitist, however, to pull it off. There's always hypocrisy and irony.

“There are times when others knock, and want me to make them OK, even with unwelcome personal attention.. I can refuse. That is my right. But to hunker down and refuse to deal with need in others repeatedly, is to invite aggression from others upon myself, which I may not recover from, or which may force me to become someone else than I want to be, This is all about resilience.

Initial reactions of the impact of Trump on the LGBTQ community are mixed, but they may not be as detrimental as many fear.  I’ll cover that soon on my GLBT blog.

I’m personally much more concerned about the free speech issue, as I outlined Monday where I explained how citizen journalism could get almost put out of business (Wordpress link toward the end of yesterday’s post). Much of this depends on how one views certain national security vulnerabilities online and how one views civil liberties relative to the group when leadership shows more “tribal” thinking and when there is a subsumed moral hazard about the permissive legal climate that facilitates abuse of free speech by an enemy. .

As I noted on Wordpress, I would be particularly concerned about the future of Section 230 under Trump (DMCA less so).   And websites could be required to provide financial accounting and “carry their own freight”, or have to make risk indemnification security deposits.

Scrutinize social media of those seeking to enter the US, and limit the ability of ISIS to use the internet to spread terrorism.

He also says “When it comes to the balancing security and privacy, we should err on the side of security.”