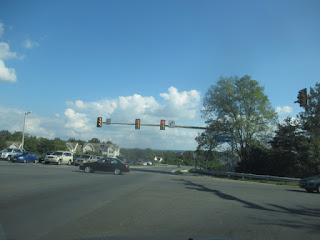 I’ve had a couple of conversations with law firms in Virginia this week (one in person) about my possible future role in assisting with housing of asylum seekers, especially with LGBT concerns.

Some of this content is very sensitive and I can’t go into full detail right now.  But one idea is prevalent: some advocacy organizations will seek hosts who can house asylum seekers in “spare bedrooms”.  People should not host (or be expected by others) immigrants whom they do not know already (family) unless the advocacy organization can also provide some legal oversight (usually with the help of a separate law firm or a major, large social services group that works regularly with DHS and Customs).  Asylum seekers (who may have a huge variety of circumstances) are precluded from working for certain periods and precluded from receiving certain governments that “normal” refugees get, so they are more dependent on private support, possibly even as full dependents.  Libertarianism supports generous private sponsorship of immigrants (as happens in Canada) but it requires considerable support from the population by many groups and individuals.

One possible organization is Ayuda.  I noticed on their volunteer page the invitation “Become a blogger.”  (That sounds like Blogtyrant!) Always had a hankering for writing? We are always looking for new writers.”

I “normally” cannot be enlisted as a “writer” to spread somebody else’s message, no matter how morally valid.  Yup, I can’t be hired as Donald Trump’s speechwriter, although I could probably cast some of his ideas in a way to make them much more mainstream and acceptable (that makes me dangerous!) I would like to work with established news groups (like Vox, OAN), and at least one of my photos from Chelsea the night of the “bombing” (Sept. 17) was used on televisions station WJLA.  But, I’ll stay ony my high horse (to the chagrin of Dr. Phil) and call myself a journalist.  I would be happy to have a group serving immigrants to contribute a piece to my Wordpress News Blog (or maybe to interview them and do it myself).

I have noticed that some non-profits, especially churches, seem to have difficulty maintaining their web pages.  A few have had security problems, and sometimes churches use packages that wind up taking a lot of time to keep content up, with current sermons and with up-to-date information on various activities, while sometimes keeping out-of-date stuff up (like youth) a long time.  But people (like me) spend more time on our own stuff than with organizations.  We put the effort on what we own.  Such is the free market and capitalism.
Posted by Bill Boushka at 7:03 PM