Even generosity sometimes has to be personal (we are not dolphins) 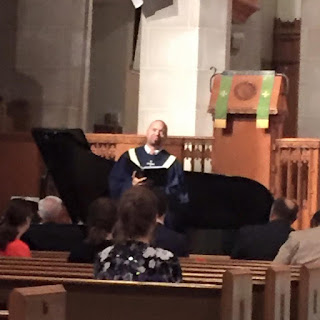 Pastor Julie Pennington-Russell gave a communion message at the First Baptist Church of the City of Washington DC, “What about the extra?” (Part 1).  Stan Hastey will deliver Part 2 next Sunday.

There was a youth message before, a “Generosity Story” (a little long, not quite admitting that sometimes generosity has to buck the “mind your own business” world and get personal, as in an earlier youth sermon  -- Drama blog Feb. 26, 2012).  These were based on the “Parable of the Rich Fool” in Luke 12:13-21 , where a farmer “in the dell” keeps storing up what he “doesn’t need” rather than sharing it with others.  Then one day the farmer is told “This night your life will be demanded of you.”  Pastor Julie says that can be interpreted two ways:  he will soon perish, and “you can’t take it with you” (just like you couldn’t when getting drafted into the Army in the 1960s).  Or, in Greek, his possessions, his collections, his attachments (in New Age, Rosicrucian language) held him captive.  He was a cold soul (a “chick pea”), not fully human any more, because he was disconnected from everyone else. He was like the Rich Young Ruler, not ready to step up to real need when necessary. 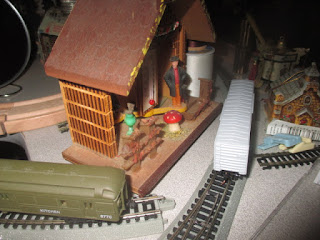 I cam imagine a third interpretation, more secular and political:  if you didn't really earn what you have, but just inherited it, and hoarded it, and if it's expropriated from you by a revolutionary act, you don't get it back.  It sounds like kids crying when someone takes their toys.

Yet, in the Old Testament, some sort of saving, evening “hoarding” (we hear a lot about that as a psychological illness, sometimes making homes into neightborhood fire traps) was applauded, as in Genesis, when Joseph had people save from seven years of plenty for the seven years of famine.
At Clarendon Presbyterian in Arlington, David Ensign has often talked about how the early Christian community was indeed like an incomes-sharing, currency-free intentional community (like Twin Oaks or Acorn in Virginia, maybe wgar the Ninth Street Center in the East Village in NYC wanted to be in the 1970s).  Dolphin society is like that (because dolphins enjoy access to Reid Ewing’s “Free Fish”) – to the point that our only intellectual equals on this planet have advanced into distributed consciousness.  At Trinity Presbyterian, Judy Fulp-Eickstaedt talks about “radical hospitality” (and then “scruffy hospitality”). 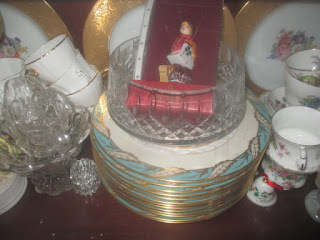 I get the point on being over-attached to possessions we don't "need" and have an "excess" of.  But some are hard to get rid of.  Some of these, others don't need as much as we think.

There’s an underbelly to all this.  We’re used to living in a asymmetric meritocracy.  As Malcolm, Gladwell points out, sometimes what look like disadvantages turn out to become a new source of leverage against others – scoring touchdowns on turnovers with your defense, or fighting with your fingernails.  It’s like winning chess games with Black (no pun on race intended), by letting White overextend himself with an attack.  (In Baseball, though, your offense has to score.)   Sometimes “directly helping people” doesn’t help them that much, as much as it provides learning experience for the giver (like disaster recovery work – with people already resilient, like in West Virginia after the floods).  We have a real controversy in our culture over how much we need to let our sense of personal identity become distributed.  We are not the same as orcas.