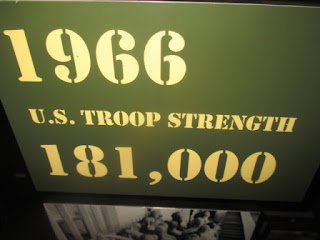 Greenridge poses a fictitious project where screenwriters collaborate on a movie where there is a lynching of a black person.  She asks if a white person gets to write the scene.  (Right now, let me reiterate, Gode Davis’s documentary “American Lynching” is still unfinished, as of his passing in 2010).  A lot of people, say no.

Later she gets into the paradox of the “power of words” – the power that writers have to influence social policy just by putting out there to be found, my paradigm – v. the supposed decline in people willing to pay for words, which she says is an illusion.  That gets into the whole area of barriers to entry, gatekeepers, amateurism, free content, all vs. an establishment.

My own experience is more that the “Privilege of Being Listened” to has something to do with having your skin in the game.  I suppose that for some issues, merely being black increases that chance – that the speaker experiences the heightened risk of being profiles and even shot by police.  I think this gets testy.  People don’t like my speaking out on paid family leave because I don’t experience the bodily commitment of giving birth to (or fathering) a child.  But others simply refuse to consider the possibility that they are demanding my “sacrifice” for their choices.

Of course, my perspective is that of being caught deep within my own narrative.  It's not that it's narcissistic (Trump-like).  I simply haven't walked in a lot of others' shoes, and seem sheltered from the interpersonal (let alone physical) risks others have to take.

There seems to be an idea that a speaker should have “standing” in the area she speaks about – skin in the game, maybe even the willingness to prove it with some ritualistic sacrifice to show that “she” belongs. It sounds intuitively that the speaker should be have shared some of the risks of other members of his or her cohort.  A lot of times this means having other mouths to feed, others dependent on “you”, a willingness to find meaning in that dependency of others, even if that compromises the intellectual objectivity of your ideas.

Labels: privilege of being listened to