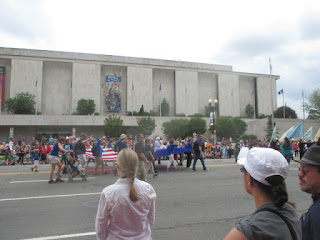 As a writer and author, I have indeed been focused mainly on my own “unusual” narrative (like an “unusual candidate”).  I have wondered if I should have tried to get hired to write other people’s stories in retirement.  I was approached once by another person in the battle over gays in the military, but it didn’t happen.  A lot of people can make notes of their lives but don’t know how to write a book.

There’s a story on WJLA-7 in Washington about a USAF veteran, and owner of a catering business, whose backpack was taken in a quick robbery recently.  Inside were life-saving anti-rejection medications for organ transplants, and notes and writings for an autobiographical book about his transplant experience (and maybe military life before).

The individual apparently had not backed up the writings (on a computer, and preferably USB drives or in the Cloud).  It wasn’t clear if he had the knowledge or resources for how to do this.  Could another writer help him?  Maybe with recreating the prose, but not the raw data, which might include PII and medical histories of organ donors (the story didn’t say  if any were living).

There is a lot more public interest in transplantation, and in organ donation, even when alive, than when I was being raised (apart from blood donation).  All of this became a no-no within the gay male community over the HIV donation ban, which has only recently been partially rescinded.  Today, generosity with one’s own body is becoming a social expectation.

There’s another variation of the life narrative idea.  Josi Denise has given up her “American Mama” blog, which made a lot of money, but which said she had to make a lot of stuff up and misrepresent her real family life, story on ABC here.  The domain no longer resolves (the name is for sale).
But Heather Armstrong’s “Dooce” is still alive, as she talks about “The Revenant” and her training for the Boston Marathon.  "To Dooce" is now a real verb. 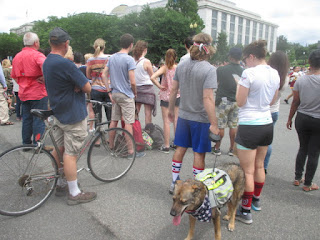