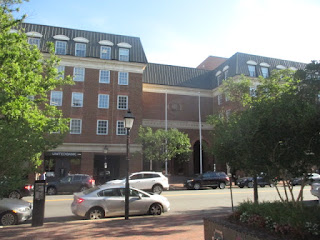 Electronic Frontier Foundation has an article by Jeremy Malcolm, reporting that publishers are asking regulators of a European Union commission to allow them to require other publishers to request permission and pay even to link to their articles, story here.

Publishers seem most concerned about “news aggregation sites” that they claim deprive them of traffic and ad revenue.  That could include Google’s own aggregation and display of some content with search results.

But in theory that could mean an issue even for a blogger that links to an ordinary news story.  It’s not clear whether this could affect sites outside of the EU, such as here in the US.

It would also seem that it could affect embeds, which normally don’t lead to copyright claims because they are merely “links”.

A sinister aspect of this development could be that established newspapers (especially smaller ones) feel upended by smaller blogs and sites – a development that led to a copyright troll like Righthaven in the past.

Around 1999 or 2000, a few companies in the U.S. tried to claim that they had the right to require permission to them before deep hyperlinks, which they claimed could deny them traffic and ads.  That was settled in 2000, as I recall.

I’ll keep a close eye on this story (including looking for any other legally related cases for the US) and develop it further on my new Wordpress news commentary soon.