If "there are no civilians" then maybe "there are no victims". just "casualties"; expectations in a world of fourth generation warfare 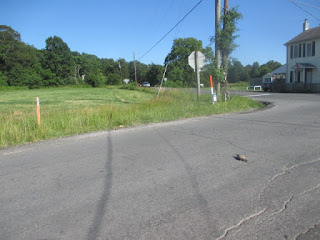 I found a long historical essay on a site called “USS Clueless: Voyages of the Restless Mind”, titled “There is no such thing as ‘civilian’”.

It gives a long European history as to how civilians are an asset for the military. It’s also true that the U.S. has, at least until 9/11, had the “luxury” of believing that it could do all its fighting “on the road”, in other people’s ballparks, even if there is a history of using male-only conscription – an issue that has come back into debate recently.  The biggest episode in my own life was the war in Vietnam and my own being drafted in 1968 (I was “sheltered” and did not go to Vietnam or see combat).

But modern asymmetry implies that political conflict can again lead to hostility and violence in one’s own back yard, almost.  The ways terrorism could affect us (EMP, dirty bombs, and other WMD’s as well as shooters and crude IUD’s) are numerous.  Wikipedia has a term for all this, “Fourth Generation Warfare”. 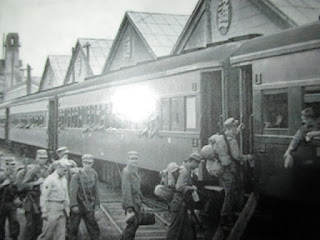 So I get the idea that people want to be able to defend themselves, and draw lines in the sand.  For all the lifetime of focus on “personal responsibility” as we normally understand it in the West, there is something shameful about being targeted by an “enemy” who would hold “me” responsible for what my “country”, or my “whatever”, upon which I depend, did to provide me like life.  This is difficult, and attention to victims as such is not enough.  If there are no civilians, then maybe there are no victims. just casualties.   Almost any social or political ideology can be rationalized, and only collective strength can prove it right to the rest of the world -- at least that seems to be what Donald Trump really thinks. And true, while it was LGBT this time (and it was horrible and record-setting), it has been school kids, or moviegoers, or, overseas, Christians and Jews and other people practicing other religions, facing persecution for “who they are.”  Promoting victimhood only goes so far. There is something to the right's "watch your back" and "watch your own karma" mentality. It's burdensome.

So, I am temperate in my ability to respond to individual victims, unless I know them already or have some other separate connection to them.  I don’t like to respond to individual pleas of “gofundme’s” at individual level, generally, just like I don’t respond to superficial calls to “sponsor” individual kids in Africa.  I don’t think it is valid unless I can follow through with a major, life changing commitment, starting with travel. (At least, when I was growing up in the 1950s, such individually placed generosity wasn’t part of the visible culture, maybe because it was less possible.)   I also know that if something happens to me, I can’t expect that kind of attention, either.  I will bear part of my own karma, because that is a fact of logic.

I have seen this sort of thing before, as with the buddy programs in the AIDS crisis in the 1980s (when I lived in Dallas).  Should a calamity happen geographically closer to home, and somehow a similar program were in place, maybe I would join.  But I remember how it was in the 80s, I joined in “on my terms”.  I was a “baby buddy”.  It seems like I never would throw myself into the emotions of the group.

Chase Madar has an article in the American Conservative, July 30, "Vietnam: A War on Civilians".

The article on Vietnam appeared in a Facebook post, which prompted me to post the article on "there are no civilians" on Facebook. That prompted another angry comment, "So sick of people trying to gain 'perspective' on a murderous ideology." Rebuke well noted. Go here: https://www.facebook.com/sabakke/posts/10209883835790656