Apartment complex in Utah required tenants to give them Facebook "likes", a shocking interference with personal speech 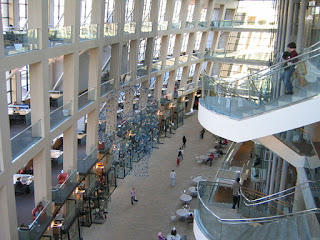 Karen Turner, in the Washington Post, reports a particularly shocking story about a landlord’s interference with tenants’ personal social media use, p A12, “Landlord demands ‘likes’ on Facebook, Addendum threatened Utah apartment tenants with breach of contract”.   Online the title is “The landlord said ‘Like me’ on Facebook, or get evicted.”  The complex involved was the City Park Apartments in Salt Lake City, Utah. The complex has since dropped the policy and removed its own Facebook page over the controversy.

I have been concerned that landlords would check social media to see if a potential tenant is likely to disparage the landlord, or thinking of more sinister potentialities, indirect attraction of targeted security threats that could affect other residents.  I have not heard many (or really any) direct news reports of this happening. (I have to modify this: An apartment complex in Florida tried to implement a non-disparagement clause with a $10K fine, actually adding an addendum that social media reviews can destroy a business and cause other tenants to have to heave, Arstechnica story.)  Social media could loop back to older time when sites were often flat and could include blogs, Reddit, and the like.

It is unethical for any provider to demand positive reviews or “likes” from customers, that is to “buy” favorable online reputation.  The practice should be illegal.  But it is also unethical to pay for favorable reviews of anything, even an authored book.  Angie’s List says you can’t pay for a review on the site.

Facebook has pretty much eliminated the “double life” that was possible in the 1990s when I wrote my first book.  One problem with this policy is that it actually required a personal Facebook account. I was in a situation myself where, had I really started a teaching career, around 2005 or so, I had contemplated going completely dark during the employment out of my own view of "conflict of interest".

A local Salt Lake station has a story here. The Verge (Vox) talks about some business's lack of empathy and awareness of modern values here.  CNET has a story with detailed comments from an attorney, and has some other comments claiming a hoax. Huffigton has a story here.  Comments that the policy discriminates against the disabled and elderly seem to miss a deeper point about the integrity of personal speech.