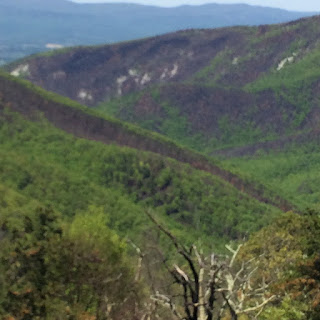 I’m not how seriously to take a couple blurbs in the New Yorker about Donald Trump’s supposed plans to shut down media companies  ("an unprecedented threat") by yanking broadcast licenses, as appeared today in a piece by Jonathan Chait .   Or look at an earlier story about how Trump could go after the Washington Post for anti-trust in a piece anticipating Trump’s Putin-style authoritarianism.  The GOP limps along and accepts it.  It's hard to say how credible these ideas really are.  These columns got a lot of circulation in social media (and from Breitbart) tonight.

All of this suggests the Trump simply excepts to get everything he wants “to make America great” by manipulation, not by ideas.

Trump had threatened to shut down much of the Internet, as in postings here Dec 8, 16, and Feb. 27, but then that proposal seemed to get forgotten about.

But back in 2004, there had been dire predictions about "the coming crackdown on blogging" over concerns of indirect violations of campaign finance reform.


Peter Beinart mentioned Trump's "threats" to media companies on CNN AC360 last night.  Back in December, a Facebook friend had joked "Shut down those tubes!"