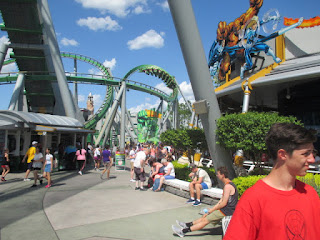 Continuing my dialogue on April 12 on what my own blogging and news coverage “sells”—and expanding on what I said then – “history” – I’d add again that I’d like to bring some focus on issues that even the more progressive news services (Vox, CNN) don’t seem to have covered cleanly.

I’ve probably named these before, but I want go through a few of them. There are “critical” issues and then there are “important” issues that follow as corollaries.

The biggest is probably the security of our infrastructure – especially the power grids (there are three majors in the US) from both solar storms and possible EMP and cyberterror threats.  The devil is in the details, which are quite different with each threat, despite the popular rhetoric. As of now, only Ted Cruz among the major presidential candidates for 2016 has mentioned this in a media interview.

An important “corollary” would be how an issue like energy security affects our confidence in our “system” and our “way of life” – the way this feeds into “doomsday prepper” thinking and the gun and self-defense debate, on the one hand, and on the equality and personal freedom debates on the others – even the importance of the way family socializes (or doesn’t socialize) those who are “different” (like me).

Another critical issue is the way we handle our national debt, our currency issue, and our “entitlements”.  Social Security and Medicare are part of the debate. But (as the recent controversial piece by James Grant in Time Magazine shows) there is still tremendous “confusion” as to what is actually going on behind the scenes with our financial systems.

A corollary important issue would be, just how much of the “safety net” should be the responsibility of government, and how much belongs to families and communities.  Again, people who don’t form their own biological families (until more recently this often equated to gays and lesbians) have an effect on the system.  Another important corollary could be the paid family or parental leave debate.
In fact, one of the “safety net” issues – filial responsibility laws – has gotten almost no attention from the established press since May 2012 when there was a major case in Pennsylvania.  AARP has dropped the ball on it.  That issue rises to critical.

In the Internet world, some of the most critical issues seem to be security (especially ransomware), open access, and downstream liability.  The last of these live on a slippery slope that has analogues in other areas (even like gun shop downstream liability).

Corollaries would include business model issues involving matters ranging from review sites (and their effect on small retail or service businesses) and Internet advertising, connected to “do not track”, with its own security issues and privacy.

And, yes, many people see surveillance – the possibility of “back doors” to encryption which the government wants to break terror plots, but could abuse with cloud surveillance for all kinds of other possible “clients”—as critical.

Two other issues would become "important" in this kind of blogging setting. One is a new perspective on "equality" -- just what should we expect, anyway?  Another is my own way of reconciling cosmology and modern physics with religious faith, which I believe I can do.