Yes, I "eschew" group identification, and make no apologies 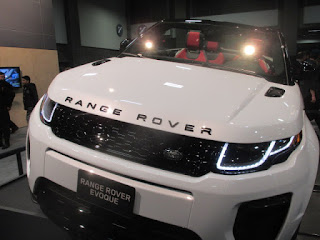 Columnist David Brooks is once again advising us on “how to be good” in a New York Times column today, March 2, 2016, on p. A27, “The Movement Mentality”.

His last paragraph sums it up, referring to “steps that are less in fashion today: committing to a collective, accepting a label, keeping faith, surrendering self to a tradition that stretches beyond you in time.”

Whoa, that’s group think, demanding preferences for your own cohort, ranging from “Black Live Matter” to the Tea Party.

To some extent, it means giving up time and listening to others when they approach you and barge in to your life, even answering calls or door knocks (the latter, maybe with some personal security risk) asking for donations for causes or even political contributions.

That is to say, “I” am not better than the problems others have, not above carrying a sign in a demonstration or shouting.  Or I shouldn’t be.

The Left tends to demand participation of someone like me in “group activities”, and it matter which group. That doesn’t suit an Aspie-personality that doesn’t handle social competition well.  It’s better to create and project my own world, something that (with web access) makes social competition irrelevant – even given the mechanics of modern social media.  A lot of people will resent this, see it as a threat.

The Right wants me to identify with something more specific, like a religiously influenced donation to help a poor child in Africa, hopefully to “save” the person.  So that’s a cause greater than self, saving other people’s souls?  Sounds presumptious, pushy, unwelcome.  Look at what Mormon missionaries are expected to do, knock and proselytize their faith.

This does sound like the old dichotomy about winning arguments as against winning converts. A good example might be expecting an absolutely commitment against government surveillance and decryption (as in the Apple-FBI case) and accept the “faith” of a libertarian cohort group.  But the actual issue is more than that.  It can take on an existential character.

Another good example could be the mode of participation in the debate on issues ranging from paid family leave to marriage equality.  My concern is not just that members of one “group” have a legitimate ‘need”; providing it can require expropriation and demand sacrifices of others; things have to be “paid for”.  (So much for Bernie Sanders and the “gimme’s”).

Lately, I’ve been approached more often than I used to be, to go do certain social functions, even half-join certain groups.  A couple times in the past, my relation with a group would break down because I haven’t tried hard enough to be really part of the group and read between the lines of what was going on.

I am not cool about being introduced to people my own age just for match making or social-only purposes.  But online, I will suggest people who are working on something in common to hook up.  You have to be careful and respectful doing this.  But sometimes it works.  It’s maybe the beginnings of becoming an “agent”.

I’ve had people friend me on Facebook and then post a religious message on my timeline, or an appeal for aa donation with good intentions, or even tag me to imply I am personally involved in their causes.  It asks for a commitment that is far from intellectually or journalistically “objective”, that makes group preferences.

I did explain, on the International Issues blog Feb. 27, how I do look with some prejudice at the idea of “sponsoring” people or children overseas without a very specific commitment.  How about that at home?

I have to say, for me, Michael Burry is a bit of a “hero” to me (the doctor turned investment-shorter played by Christian Bale in “The Big Short”). He seemed to eschew too much personal contact with people, but he set out to prove himself right and teach everybody a lesson. And he was “right”.