With either Clinton, Trump or even Cruz as president, Internet "user" speech (without gatekeepers) could face unprecedented concerns over security exposures (especially "recruiting" and enticing) next term 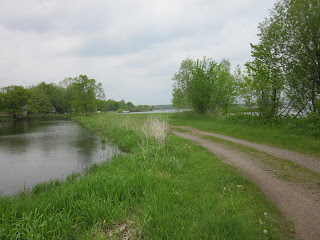 Recently, Hillary Clinton responded to one of Donald Trump’s claim to that he would build a physical wall to keep out immigrants with “How high a wall is the Internet”?

This has come up before during the primaries, but just how significant is the Internet in recruiting members to criminal operations?  This is somewhat separate from the encryption debate now. Most of the operations conducted out of sight on the “dark web” involve operations, mostly overseas, of little or no significance to ordinary Internet use for political or cultural speech. The recruiting part, however, does involve these public sites, most notably Twitter.

A relatively recent piece on CNN by Dan Merica, dated Dec. 15, 2015, indicates that Hilary mainly wants the big social media sites to close terror-related accounts and censor violent recruiting content.  It looks like I gave the link to this story already, on a post Dec. 16.  A Fox station in Minnesota had produced another variation of this story then.  These sites do that already, but depend largely on users to report TOS issues.  As we know from previous issues, it is often very difficult to define unacceptable conduct in advance without a context.

One of the biggest concerns about recruiting is understanding why young people, especially join groups and join gangs.  Most people need to “belong”.  And they see a society where self-centeredness is a virtue, and where they don’t see how they can matter “as individuals”, unless they join and really believe something.

But, to return to the speech concerns: Can a president really and simply shut down social media sites altogether as a “national security” measure because of the recruiting issue?  It strikes me that a president Trump really might try to do this. "We're at war, folks." It's all too easy to visualize. "We've been soft, and we've made enemies," etc.   He had said this last fall before backing down a bit (Dec. 8). Or is it a no-brainer that the intelligence value of the gratuitous postings outweighs the recruiting (and cyberbully) risks?

Trump especially might be inclined to see “gratuitous” user content as not protected speech and dispensable.  (Some Supreme Court opinions, especially on COPA, might disagree with Trump.)  That is, speech that does not pay its own way, that doesn’t represent satisfying a legitimate economic need the way the market views it (ultimately, we hope, translated to a real human need).  But “gratuitous” speech, encouraged by a permissive environment that protects providers from downstream liability (and therefore from the need for gatekeeping) is a very effective way of makings sure that the established “press” really reports everything.  That’s the rub.  It is still a very important part our political system.  It keeps politicians in check.

Sometimes major media will report particularly disturbing (from a “political correctness” or aggravation viewpoint) aspects of a developing story and then not continue the reports.  A blogger likes me picks up that story, puts it on a blog (as well as Twitter and Facebook) and it stays out there for the search engines, and stays in play.  A couple of examples of sensitive stories:  one about reported visits of one of the France-Belgium suspects to the gay village in Brussels last fall;  another is a story about nuclear security in Belgium.  Both of these appeared in the establishment and were quickly pushed aside.

And some will be displeased with the presence of someone like me, who doesn’t have to “make a living” with his speech and content, when others do have to.  That gets translated to notions that there really need to be some gatekeeping processes in the market that determine who is heard, partly based on whether speakers show they can actually take care of others and give value to others, as a way of “paying their dues”, before they are “real”.    Indeed, I get irritated by calls to donate to other sites that can speak for my own interests, when right now I can speak for myself.  Should I take that for granted forever? I can see how all these considerations could factor in to future measures regarding gatekeeping as a security necessity on the Internet, especially the way a Donald Trump might see things.