When should "you" abandon "your own agenda"? 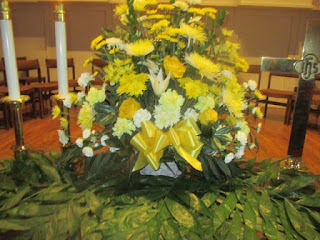 Admittedly, the sermon may have been intended to play on this year’s most controversial presidential candidate without mentioning his name – so I’ll name him, “Donald Trump”.

At one point made a Rosenfels-like statement, “Love trusts power every time.”  Yes, I think Paul Rosenfels said something like that at the Ninth Street Center in New York in the 1970s when I was going there to talk groups and pot lucks. 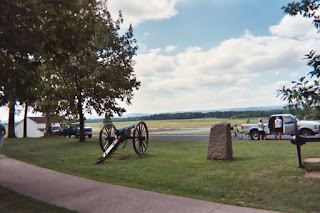 Then, as to address our concerns about social and political equality (read “marriage equality”), she referred to Philippians 2:5-11.  Actually, this is not so much about group equality as it is about how we perceive ourselves as individuals in relation to or comparison to others.  “He made himself nothing.”  Well, not if he was a worldly political candidate (not satisfied to remain a “Little Rubio”).

Fulp said, that sometimes you have to “get your own agenda out of the way” and get over the psychological defenses that let you pretend you are better than most others and don’t need them.  (As far as agendas go, The Washington Blade had called itself "DC Agenda" temporarily for legal reasons in 2009.)

I recall, in late January 2010, while Mother was still alive but when the end was certainly coming soon, driving on US-15 in northern Maryland, through some cleansing and heavy snow showers,  toward Gettysburg, PA, and hearing Josh Groban’s song “You Raise Me Up” come on the car on my Sirius Blend service.   Tears did come to my eyes.  “I am strong when I am on your shoulders. You raise me up to more than I can be.”

I have indeed needed to be raised up.  I was not very competitive as a “normal male” when a boy (that forks to a long, separate discussion).  I was “fortunate” in family circumstance to live through the “tribunals” I was squished through in an earlier period of my life (William and Mary).  I am lucky to have come out of all of this as well as I did.  I could be placed under moral compulsion to raise up others (as specific human persons, not just from a distance) who otherwise need it, rather than cherry pick.  So, an indignant counselor (like at the Ninth Street Center in 1974 could ask), why won’t I? They call it karma.

All of this speaks to inequality, in a way that is much more personal than we usually want to consider.  We have created a world that is simply meaningless to a lot of people with less ideal circumstances, then wonder, with a great deal of fear, why they become radicalized, and then counterattack, challenging our basic moral assumptions about freedom as related to personal responsibility following only one’s deliberate choices.  Of course, there is more to this – the need for many young men just to belong to a group, even after marriage. But spiritual inequality is a good place to start understanding this.

I have to say, by the way, that Marco Rubio is a good role model for the most part, to have become a US Senator from his humble beginnings as a second generation American, as he describes them.