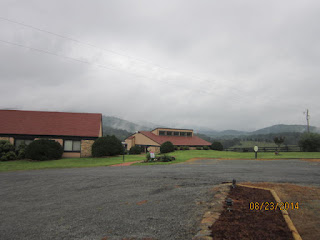 I have talked about “karma” before, in the scenario of bad things happening to good people.  I found some nice discussions online, like another Blogger posting here, or another one here.

Indeed, I cringe at watching reports showing the physical injuries to the gravely injured civilians in terror attacks, whether Boston, Paris, Brussels, or anywhere else, including mass shootings in this country, or even mass casualty auto accidents from DUI.

But I’ve also written that, at any point in time, “you are what you are” and recovery has to start with “you” (impersonally, as “vous” in French).   The literal fact is that “you” bear some of the penalty for the sins of the perpetrator. I have never been able to accept the idea of any honor in victimization, especially if that were ever to apply to me.

The worst challenge might come to “me” if I were in a relationship with a “you” in such circumstances.

I would surmise that perpetrators know this; if they are willing to perish themselves to carry out their own views of religious or secular “morality”, this sort of attitude could make people even more vulnerable.  That’s why “resilience”, especially “emotional resilience” (as well as economic and infrastructure-related) is a big component of morality.

Of course, today, we recoil at the idea of bringing combat to civilians. But I did go through a period of dealing with the male-only draft during the Vietnam era.  Being maimed in war after being drafted was the moral equivalent of being gravely injured in an attack today.  This gets into another moral area – the sharing of risks in a community. Indeed, enemies claim that civilians are morally illegitimate beneficiaries of what their governments do and therefore "deserve" punishment as much as soldiers.

I often encounter online comments that karma is a religious motion, and a negative idea that we don’t need because “karma” encourages a culture of “blaming the victim” and even encourages more aggressiveness.

No, it doesn’t mean that.  No one is injured in an unpredictable incident because of something he or she did earlier in life, or maybe (if you accept reincarnation) a past life.  But there is a bit of  a lesson in a story like “Cloud Atlas”.  We belong to communities and operate within them.  Everything we do depends on others and can affect others.  So everything constructive we try to do to advance ourselves or others close to us does risk, in some way, the possibility, however remote, of some kind of blowback. As Hoffer pointed out in 1951, freedom always means taking on some risk and contingent responsibility personally that many find unwelcome.

No one can get everything right and be productive in a community.  You could say, this Easter Sunday, that this is a reason that, however rarely, the Divine must intervene  -- even quantum theory predicts very rare variation from nature’s normal idea of causation and consequence.  So, “you” and “I” and everyone else needs Grace, need forgiveness, and need to offer forgiveness.   We may not like the social “hollowness” of the way “Heaven” is often portrayed by evangelicals (like in the film “Miracles from Heaven”, which I saw yesterday and reviewed on the Movies blog).  We may want something bigger and more enriching, which is why I think the Monroe Institute is on to something.

Here’s one other discussion board dealing with “blaming the victim”.