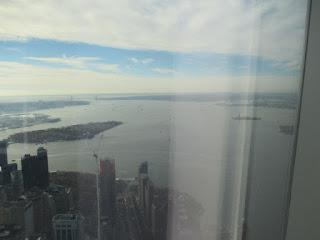 The negative review problem has now hit the software industry.  A site called Bleeping Computer is being sued by Enigma Software for a review, actually embedding a users’ forum with one or more specific putatively  objectionable posts.  Bleeping publishes the complaint as a PDF, in New York State.  Much of the complaint seems to deal with an anti-malware product called SpyHunter.  Part of the complaint seems to be that somehow the forum posts are driving traffic away from Enigma.

The fact pattern is very complicated, and is described by several news accounts.  Tim Cushing has a good account on Techdirt with the links above.  Steve Ragan goes into some of the legal arguments on CSO online here. Mark Wilson leads off a story on Beta News with “Don’t Shoot the Messenger”.

One question might be, what constitutes “defamation” as compared to some form of “unfair competition” (or “tortious interference”, a phrase made infamous in the 1999 film “The Insider”).  Bleeping Compute would seem to have Section 230 protection, not mentioned anyway. Some commentators are calling this a SLAPP suit, and noting that New York’s anti-SLPAA law is weak (oddly giving more protection to amateur bloggers than established companies, according to some accounts). 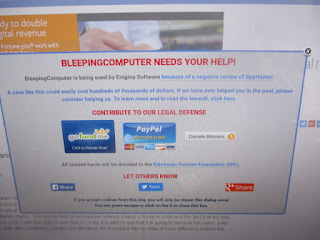 Bleeping Computer is seeking members of the public to help with the defense.  A pop-up occurred on its own site when I went to an unrelated story from a search engine.

The basic link for donation us here.

My own practice is, as with charities  (and “gofundme”), to give through organizations (like EFF) that help provide legal defense, than to become involved with specific people or companies, unless I actually already know the specific parties because of my past activities.