Donald Trump panders to old-fashioned ideas of male "worthiness"; but do we really want to let go of them when they make for such such good psychological defenses? 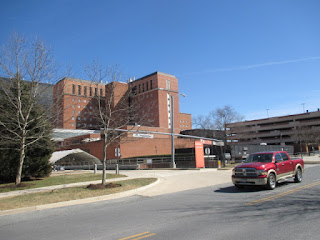 Donald Trump went into the Phantom Zone last night in the debates, as he hit the other candidates hard on an existential matter – their manhood – with the same tone that was so problematic for me early in my own “coming of age”.

From the taunt of “Little Marco Rubio”, Trump moved to “small hands” (and talked about how far his hands could drive a golf ball, but not hit a home run over Yankee Stadium’s “Death Valley”), and then migrated downstairs, metaphorically, to speculations about the size of a primary sexual characteristic.

So Trump goes back to the subject matter of that 50s book “Facts About Life and Love for Teenagers” by Evylyn Duvall (discussion).  Remember, the pitch of the voice and heaviness of the beard, and especially in some Caucasian men, other body hair, is a “secondary sexual characteristic”, prime fodder for sexual essentialism (for men).  On that same page, I also discussed Peter Wyden’s 1968 gem “Growing Up Straight” where he even panders to stereotypes about hairless chests. All of this inspired a 1999 Weekly Standard article by David Skinner, “Notes on the Hairless Man” , which I devoured at Dulles Airport waiting for a flight back home to Jesse Ventura’s Minnesota.

Back in 2004, in an early episode of NBC’s “The Apprentice”, where the topic was “negotiation”, team member Troy McClain, then in his mid twenties, subjected himself to having his legs waxed on camera, as he “took one for his team”.  Trump mentions that little ritual in his book “How to Get Rich”.  (Steve Carell would join up as “The 40 Year Old Virgin” in 2006, being sufficiently emasculated to be credible in "The Big Short" about the 2008 financial collapse.) I mentioned all this on social media (with plenty of Twitter Trump hashtags) about a day before last night’s debate, and it seemed to get around quickly.  Maybe I fueled this exchange last night.  Yes, maybe Trump could play that episode in his campaign. By the way, Troy McClain would appear on radio ads working for Trump in Atlantic City – so I heard them in my car in a visit to the Garden State in the mid 2000s.

All of this had come up in my own life before.  During that lost semester in 1961 at William and Mary (where I was expelled right after Thanksgiving for admitting “latent homosexuality” under pressure), the freshman were supposed to go to “Tribunals” in the basement of one of the other dorms the last Friday night of September, where the boys would have their legs shaved.  Tradition had it that for at least one victim, it would never grow back, and he would be cast into shameful exile forever.  So I skipped out on that hazing ceremony.


In the fall of 1962, when I was a patient at NIH, this whole subject matter simmered under the surface with the therapists as they tried to get me to vomit it up.  There was another patient, considered “queer” by everyone else (more “obvious” than me) who looked soft and effeminate, and whom I found I “hated” as much as everyone else.  How did I process the social disapproval of my own lack of male competitiveness?  With upward affiliation, and then a tendency to judge others whom I saw as even “weaker” even more harshly.  I was the only patient who regularly left the unit in the afternoons to go to college at George Washington University.  So in October 1962 I heard Kennedy’s entire Cuban Missile Crisis speech while having supper in the GW student union, with the black-and-white TV on; when I went back to the ward at NIH that evening, I was the only patient who knew and understood how close we were to nuclear war.  So I taunted a couple of the others (who were much less intact) about who deserved to “survive” such “The War Game”.  (There was a funky incident involving some dental work, was put under, felt violated and became an "iv critic".) 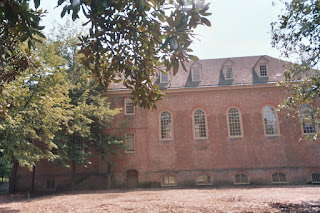 Then consider the Vietnam era drat (which Trump escaped). Until 1969 we had a student deferment system which considered the less academically gifted as more fungible for service doing night patrols in the paddies in Vietnam.  I leveraged it, all right.  I remember the same thinking playing out while I was in Special Training at Fort Jackson, on March 31, 1968, when LBJ announced he would not run again.

We had fought World War II against an ideology that considered some people as disposable and expendable, whether as whole races or religions, or as targeted individuals.  But in my own thinking, despite the bullying and teasing aimed at me, I had adopted the same mindset.

Now, the GOP has to deal with the same style of thinking in its own ranks.