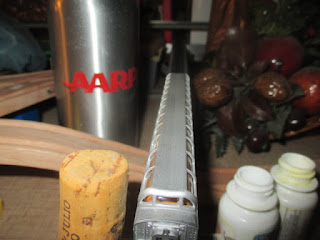 A defamation lawsuit filed by actor James Woods against an “anonymous” Twitter user “Abe List” can go forward in California, a Los Angeles judge has ruled, as in this CNN Money story.  The suit asks.

The user had been angry over Woods’s tweeting about USA Today and Planned Parenthood.

Besides anonymity, there is a question as to whether a reasonable person would interpret the tweet “literally” (as in Asperger mode).  Even I wouldn’t have believed the statement to be literal fact.  There is also the issue of celebrities “bullying” small people to “keep them in their place”.

I had a few incidents a number of years ago of being flamed (rather tastelessly) over innocuous statements I had made online, especially a review on AOL’s Moviegrill (no longer up) of the film
“The Perfect Storm”  (as well as Sebastian Junger’s book) back in 2000.  People will nisinterpret a comment by a reviewer of a film’s viewpoint as the reviewer’s attitude (for even mentioning it), and not even understand the subjunctive mood (which is harder to discern in English than, say, French).

In the meantime, the Facebook fake tagging continues.  I wonder what the point of it is.  I don’t have a wife (or husband, for that matter) who could be made jealous. I guess Section 230 covers you for torts committed by someone else posting on your Facebook wall or timeline, but I’ll check with EFF soon.