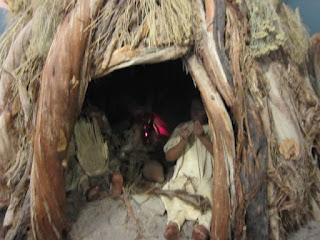 The SyFy channel has a news show, half hour episodes, “The Internet Ruined My Life” (TV blog, yesterday).  Well, when I was in Army Basic, I was told an “Article 15” could “ruin my life.”  But, seriously, the show reports people whose lives were disrupted severely after the reactions to others to a single tweet, going viral.

One episode deals with Homeland Security’s scanning tweets of visitors, and misinterpreting idiomatic language or slang more common in other countries (even Britain) than in the US.  In fact, I’ve noticed, when translating Facebook posts or tweets in Chinese, Arabic, or other non-western languages that the posts look silly, but this could be due to inability to translate idiomatic speech.

Three other episodes so far deal with people being stalked, doxed, or otherwise threatened, or forced to leave employment after being targeted by very combative individual persons, after making controversial yet innocent-looking tweets or Facebook posts.

I wonder, where does this personal combativeness come from?  It seems to comprise a number of sources.  The attacker could be from a radical mass movement (what we call “radical Islam” or some branches of “right wing” evangelical Christianity or hyper-Zionism) that demands combative behavior as part of group solidarity.  More commonly, the attacker may have very strong “moral” convictions about a narrow issue, especially animal rights or abortion.  (Homosexuality per se is not an issue with most people today that it might have been a couple generations ago, when I was coming of age.)   Some people seem willing to break the law, risk arrest or at least loss of accounts for TOS violations, to go after others who challenge their moral space.  In fact, in a couple of the SyFy episodes, I wondered why more wasn’t done with Twitter and Facebook acceptable use channels.

In one case, an animal activist apparently attacked a restaurant in Los Angeles for serving a certain dish based on pork, when she hadn’t been there.  That raises another variation:  a person could invite litigation by “reviewing” (like on Yelp!) a business that he or she hasn’t actually visited in order to make a political attack.  That would obviously add fuel to a business plaintiff’s defamation claim, because the statements in a review can’t be true if the person didn’t even visit the business.

Another source of combativeness is the sense that others don’t have the same skin in the game as “me”.  That is, “I” will attack the potential competition (even simply women, in a male field) because “I” have real responsibilities in life and a family to support, when others don’t.  People like that could become more problematic for me.

I’ve often written here about “conflict of interest” in speech cases.  People whose jobs places them in a position to judge others (subordinates or customers) in the workplace, or to affect a business’s reputation, must be very careful about how they behave online.  Modern social media have changed the game since it was an issue for me (as with the 2005 situation when I was substitute teaching), but double lives are not possible today, and persons whose jobs put these in that position often must use full privacy settings and avoid expressing their own political views in a searchable way to a public audience.

When I wrote my first DADT book (1997) and began to post my comprehensive political world view (surrounding my own unusual autobiographical narrative) online, there was no turning back.

Fortunately, I was already 54, and in my circumstances had somewhat of a financial cushion.  But it is very difficult to start a career narrowly focused on someone else’s objective, because I would have to bury my own narrative, with all its historical ironies, which I think people need to know about.

I’ve wondered particularly how a Donald Trump presidency could affect my own kind of public speech.  It could be seen as gratuitous, as not paying its own way, and taking advantage of permissiveness that allows problems like cyberbulling, fraud, and recruiting of terrorists from overseas – particularly from people who make it a point to become combative.  In my own mind, I see “freedom of speech”, “free press”, and “freedom to broadcast one’s own speech” as somewhat separate items.  The last of these is not necessarily so obviously guaranteed by the First Amendment, although the Supreme Court has tended (in cases like the CDA and COPA) to rule that it still is.