Yelp! employee gets fired for viral post to her CEO about low wages 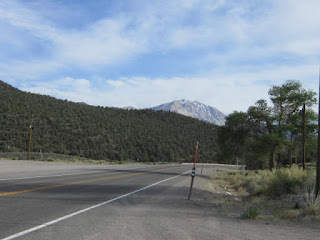 Yelp! apparently fired a customer service associate, Talia Jane (pseudonym), in San Francisco for an “open letter” on Medium dealing with the difficulty of living there on her low wage.

Vox describes the incident in a story by Tora Golshan, here.

Reaction by others, as Vox notes, is mixed.  But Business Insider reports a “Letter to the Editor” by EEE Stevenson who writes “Competent, hardworking millennials getting shafted by older employees who feel they deserve bigger salaries” and who notes she doesn’t wish that others should have to prostrate themselves in the workplace as she did.

,=,br /> So, you complain about your employer in public social media, you get shafted.  I’ve dealt with my own version of the “conflict of interest” problem in the media.  Well, this associate took it a step further, writing to her boss this way.  And it’s ironic that the employer is well known for hosting reviews that get the posters sued (but not Yelp itself, which is protected by Section 230).

Companies like Yelp though can look into operating in lower cost states around, like Utah or Arizona, to get around the cost of living problems for associates.  But libertarians (Mary Ruwart) are correctly pointing out that zoning laws, supported by rentier and crony capitalists, prevent new competitive lower-cost housing from being built in expensive low-land cities, resulting in unacceptable rents for lower-wage workers.  (That’s not Yelp’s fault.) But look at how it is in China, where millennial assembly line workers (to make the products we buy more cheaply) live in dorms.