Twitter's retreat worries tech investors; some propose ways for it to become "sustainable" and less "dangerous" 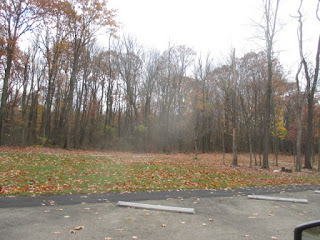 Farhad Manjoo writes in the New York Times today,"Twitter, to save itself, must scale back its world-swallowing expectations."  He hints that Twitter might be better off if re-taken private, although the management doesn’t want to do that; of it might do better as a division of a larger company (Facebook?) or as a non-profit like Wikipedia.  He also suggests that, being “too easy to join” isn’t such a good thing, and may add to stalking, harassment, and even terror recruiting (which Twitter doesn’t have a really effective way to stop, if the enemy is determined enough).
Yet, it is a “public utility” we take for granted, next to Facebook.

But Hayley Tsukayama writes in the Washington Post, p. A14, about Twitter’s loss of core users in the fourth quarter, as its share price declined.

But I can remember a few years ago when Ashton Kutcher (who at one time blogged a lot on Myspace) describing to Larry King how great an invention Twitter is. Now, even the proper behavior on Twitter is a subject of disagreement or (if you will) “choice, not chance”.

And nobody seems to be debating the 140-character limit just right now.

It's worthy of note that Twitter's growth hit a snag about a year ago, too, as with this video from Bloomberg:

In the meantime, I continue to get questions as to why I won’t join more things, or pimp content aggressively, like “most people”.  Some people whine that others giving away their stuff passively by search engines is breaking their business models, almost in a manner analogous to the collapse of oil prices.