Kentucky would ban some "amateur" posts of accident injuries; is the Fifth Estate legally weaker than the Fourth? 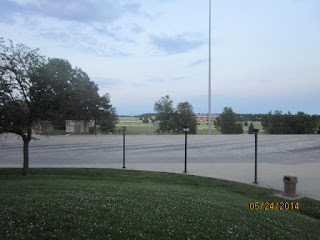 Kentucky state representative John “Bam” Carney (Republican) has drafted a bill that would make it illegal for those without press credential to take photos of car wrecks, crimes and other disasters within one  hour, or at least post them online, as on Facebook. John Cheeves has the story on a local news site. Usually, after one hour, casualties have been removed.

The bill seems aimed at preventing the dissemination of photos of gross bodily injuries or deaths.  It is true that established news media would normally avoid making such photos. But the bill could raise troubling questions about the law and “amateurism”, or whether non-credentialed speakers have a legally smaller voice than established, commercially successful journalistic operators:  does the “fifth estate” have a legally smaller voice than the “fourth estate”.  (The estates sound like Clive Barker's dominions in the "Imajica".)

So the legislation, while not likely to affect many speakers directly, could set troubling precedents for how policies involving amateur speech are crafted. Many observers believe it would not survive First Amendment challenges.

But there has already been a lot of controversy over amateur photographing of police, which may be valuable as a check against police racial profiling.

I have passed a few serious accidents in my life, and took photos of my own June 15, 2015 (but not of people, only vehicles).  In 1984, I did pass an accident in Ennis, TX where a body-bag was removed from the road.  And I recall one occasion in a Dallas steak house on Cedar Springs around 1980 where another young man told me how he had driven the wrong way and caused a catastrophic accident, from which he was still recovering.