How to be moral, and creative at the same time (when you're being raised) 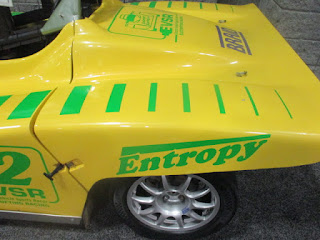 The New York Times has a couple of interesting columns by Adam Grant on raising kids and dealing wit expectations, both shared on Facebook this Sunday morning.

One of these is “Raising a Moral Child”.  Part of the issue presented is learning sharing behavior, which seems to be partly but not completely inherited.  Being a social creature is partly pre-programmed, but much less for humans than for say, dolphins and orcas.  So, maybe not everything in life is about “choice”.  But making bad choices should have consequences.  The article distinguishes between “shame” and “guilt”.  The latter is depicted as related to a specific act, and seen as a good thing,  But “shame” is associated with powerlessness and insignificance, to being expected to be at the disposal of the whims of others.  This certainly happens with sexual (and spousal) abuse, usually but not always of women.  It also happens in a political context.  One of the reasons that the West Bank situation is so intractable is that Palestinians living there believe they are forced into shame, because land can be taken for them at a whim.  So shame is understandably a most unacceptable emotion. 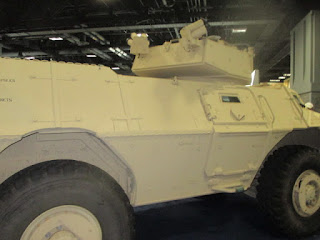 The other is “How to raise a creative child: Step One: Back Off”.  This gets to be dicey and tracks back to morality.  “Creative” kids naturally may want to spend their energies on activities that get them the most reward and recognition.  In a field like music, for example, some people find there is tension between the time spent in practicing (so that technique is good enough for public recognition and maybe a career in performance) and sometimes in creating one’s own content (composing), which for an adult leads to the whole world of commission for composition (drama and music blog. Jan. 19).  Likewise, in drama, there is tension between acting (as in a school or church play or even someone else’s film) and writing one’s own material (Jesse Eisenberg seems to be navigating that pretty well lately, whereas a few young actors, like Richard Harmon, have shown phenomenal capacity for hard work in volumes).  In the sciences  and technology , we have some interesting examples of prodigies:  both Andraka brothers, Mark Zuckerberg, Taylor Wilson, Param Jaggi.  Malcolm Gladwell writes that it takes about 10,000 hours to be good enough at anything to pay your own way in life with the talent, and a lot of kids are not allowed that kind of time. But there is also tension with spending effort and time in one’s own talents, and in meeting the immediate needs of others, in family chores, or what the Army used to call “social graces”.  This became a huge “moral” issue for me four decades ago. You owe back for what you take.  It’s easier if you are well rounded physically.  Most prodigies are physically fit enough to have reasonable activity in things like swimming, biking (even if non-competitive), kayaking, camping, and the like – even if football, it seems, is to be avoided.

"Danny" sent me this comment: "I stumbled upon your site today. And while reading your article http://www.billboushka.me/2016_01_01_archive.html, I saw you mentioned https://www.nytimes.com/2014/04/12/opinion/sunday/raising-a-moral-child.html.

It just so happens that we also published a related post about "How to Teach Your Child to Care for Others" recently.

I believe our post would be a great addition to your page.

So, if it's possible, could you please include our post on your article as a reading source?