How important is it to socialize for its own sake? Organizing people is not my personal calling 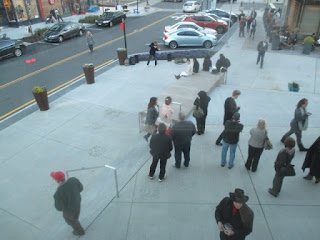 I get a lot of signals from people to become involved in gratuitous social exchanges.

The other day, a Facebook friend had a birthday, and an automated script from Facebook actually wrote in a message on my phone, “Let her know you’re thinking about her.”

And I have friend(s) who organize social events, and make that their mission, to bring people together in as many places as possible.

I have to admit, that after my “second coming” in 1973, I needed many “opportunities”, so I needed a lot of different functions to exist to meet potential partners.  That’s really not true today.

I also see examples of the idea that gratuitous social contact is to be expected.  Substitute teachers are told to greet students entering a classroom, at least in grades below high school. Churches use greeters to welcome worshippers (and recruit into a faith), and some stores (even Walmart’s) use them. 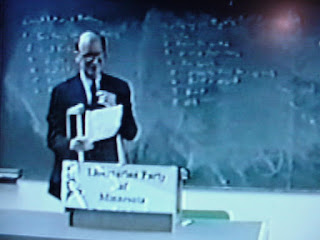 I remember that the night I gave my speech at Hamline University (Feb. 25, 1998) in St, Paul, someone passed the hat for Libertarian Party fundraising before I started.  I was momentarily annoyed.  Later, I would deal with people who really wanted to "save" me.  To me, faith is more than just belief, and at some point has to be a personal experience.

I can remember comments in a Jewish magazine (Tikkun) in the 1990s, that faith-based groups needed to be more pro-active in helping single people to meet.

None of this belongs to "my calling".

On the other hand, I have, in the past, encouraged people on Twitter to meet if they have done things that are similar (not simply if they should be “attracted” – as in playing “matchmaker”).  That requires using the Twitter “@reply” which has recently created some issues (posting Dec. 4), for me at least.

I’ve also gotten a lot of pressure to go to work to sell other people’s causes (including political campaigns), or to manage other people’s lives.  I’ve get a lot of prompting to try to retail my books aggressively as if they were true unit commodities (or “instances” in OOP talk).  I don’t really need to tactically.  But my use of “positional play” is seen as unfair to others, less fortunate, who need to pimp things to make a living right now.

The mode I’m in, compels me to “finish my homework” now.  Of course, what good is my authored content (nonfiction books, blog posts, novels, screenplays, music) if it doesn’t reach and affect real people, or if I don’t “care” about real people in some quasi-personal way? O course, Beethoven got up every morning and composed what seemed dictated to him by an inner resource, but everyone consumes it now.  Bach composed to “honor God” and support twenty-plus children. I am neither.