Empathy gets personal and then over the top 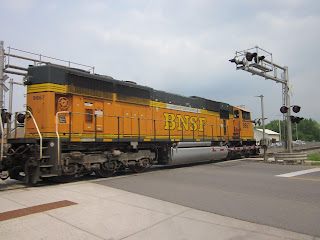 An elementary school teacher in Blaine, MN (north of Minneapolis) decided to teach a lesson in empathy, when she encouraged her first grade class to make and send one-word empathy cards for Minnesota Vikings place kicker Blair Walsh, after Walsh missed a field goal that could have won a home playoff game against the Seattle Sea Hawks.

Walsh made a visit to the class, as reported by CBS News here. All this was real world stuff, for kids too young for social media. (Real world encounters "count" a lot more anyway, at least in my book.)

Is this over the top?  I can think of other examples, like blown saves (for relief pitchers) in baseball.  I can recall more than one USCF tournament chess game where I’ve blundered away a won game (one in particular comes to mind, way back in 1970, where I had won a rook and a piece with black [playing a Nadjorf Sicilian] in the opening and blew the game).   I hardly think I would need “empathy”.  Only your own mistakes can beat you.

Except that the latter claim, while often true in sports or competition, isn’t always true in life in general.  We’re a lot more interdependent than a lot of us want to admit.  Team sports are supposed to teach that value.

All of this gets reported in a backdrop where some people are questioning the “morality” of competitive football,  as demonstrated by the recent film “Concussion” (Movies, Dec. 25, 2015).  Malcolm Gladwell has raised the issue especially with college football  (Issues blog, July 21, 2013).  That doesn’t discourage Canadian-born actor Richard Harmon from his enthusiastic support of the Notre Dame Fighting Irish football team on his Twitter page.

I can remember, at around age 8, when my parents tried to get me to play.  In the cultural that reared me, football was part of the risk-taking of young men, who could be expected to join together sometimes to protect women and children.  But that supports “war” culture, doesn’t it.

The media have supported the Minnesota teacher.  I would have personally found it hard to make things that personal, as I found out when working as a substitute teacher a few years back.  To me, you lose a game, you move on.  Remember the term “be a good sport”.