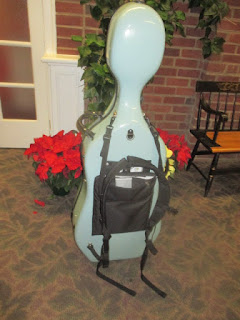 In October, the Second Circuit in New York  had ruled (Opinion text) Google’s practice of saving and books and indexing them into search engines as fair use, since the practice didn’t affect the market value of books for sale and since Google didn’t profit ingloriously from the service.
Authors Guild has, at least in the past, denied membership to writers who don’t earn a living from authorship and don’t get advances from publishers (to actually sell books as a commodity).

Google maintains that giving into a "permissions culture" would make the service impractical. On the surface, the lawsuit seems to have some legal questions similar to those posed on Spotify (yesterday).

Nevertheless, iUniverse has a program to revive out-of-print books from Guild members into print-on-demand.  I’ve discussed some of this before on my Books blog.


Self-published or POD books are more likely to raise obscure people into out of oblivion, and if indexed, raise the “right to be forgotten” issue in Europe, or in the US if the idea is ever widely adopted here (which some people want).  I created some controversy by putting my own books online anyway, and allowing them to be indexed, which led to at least one mini-incident in early 2006.