Yes, I could focus my journalism on a few under-covered but critical issues 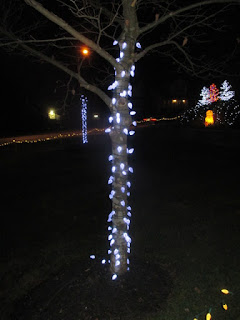 I often have gotten bad vibes within my own adult social circles, and sometimes “political activist” circles, for bringing up issues that come from the external, outside world, with such a wide range that I seem dilettante.

Sometimes I’ve questioned simple political correctness, like the overdependence on immutability rights to advance gay equality.  Back in the mid 1980s, I questioned the left wing leadership’s pretty much ignoring the right’s attack on gay men as AIDS progressed.

The external world matters because infrastructure and stability matter.  Indeed, they may matter more to someone like me, who does not easily from close relationships in merely “adaptive” situations that can be forced on people.

But, as a blogger who would like to be taken seriously in journalism (and given all the recent attention to the virtues of “niche blogging”) I do have to ask myself, where can I make my own, focused contribution.  I was, throughout the 1990s and into the 2000s, able to make a focused contribution to the debate on gays in the military (aka the defunct “don’t ask don’t tell”) because of my own unusual life narrative going back to 1961.  I can’t do the same for debates on gay marriage or gay parenting because neither of these occur in my own experience.

Or take an issue like surveillance.  Electronic Frontier Foundation is on my donation list, but I can’t blindly support every last thing EFF says about the NSA, Snowden, and the right to perfect encryption.  That’s because I believe big-scale terrorism really can suddenly become an existential threat to my whole way of life, to the infrastructure that lets me be moderately effective as a person (without too much unwelcome intimacy from others whom I would not choose to be with).

But there are a few major issues that have affected me, or that I seriously believe could affect me and others in my raft (like “The Raft of the Medusa”).  The established media (even the most progressive company like “Vox” with its “explainer” yellow card-stacks) haven’t really taken these up yet.  Yes, I can envision a “job” of contract going into more depth on one or more of these.  I would need to be paid and need to have an infrastructure behind me to get into these.  Yes, I would love to go “back to work” at 72 to tackle these.  I’d be “paying my own way” again.

Let me run down a few of them.  One of them is “filial responsibility laws”.  I ran into this during my long period of eldercare with my mother.  The AARP used to have a chart giving details on every state’s laws.  The chart disappeared, probably because AARP didn’t have the staff or time or resources to keep it maintained accurately. So while I wouldn’t work for AARP just to support the interests of seniors like myself as a group, I would want to work on a focused issue like this, which badly needs attention from the media.  (The last time it was covered was the Pittas case in 2012.)  In fact, I’ve been told that there is a fear that covering it (even by a blogger like me) could pressure states to enforce them. That’s ostrich-like and dishonest.

Related to “filial responsibility” is a fully correct explanation of the state of Social Security, and to the legal and “moral” questions as to whether Social Security benefits should be regarded as “welfare” (meaning better-off seniors could have their current benefits means-tested) or as “annuity payments” funded by FICA.  I don’t recall seeing Vox explain the Trust Fund yet.  Yes, I could help a media company get this right, once and for all.

Another issue is a continent away – the vulnerability of the power grids (all three of them in the US) to either nature (extreme solar storms), to terror attacks (EMP, which contrary to what is usually said doesn’t necessarily require nuclear weapons and which can be more localized), and cyber-attacks, which Ted Koppel covered in his recent book “Lights Out”.  I’ve covered this problem with numerous reviews on my Books blog and have another one due soon (the possibility that Taylor Wilson’s proposals could really work).  Major components of this problem are the tendency for failures to cascade, and the fact that most power hardware (big transformers) is made overseas and not easily replaced or transported.  In worst case scenarios, yes, we could wind up with a world like that if the NBC “Revolution” series or the novel “One Second After”.  This topic has been overlooked during the coverage of recent terror attacks with gunfire – Paris and San Bernadino.   As with bioterror, chemical weapons, and radioactivity dispersion (and “suitcase nukes”), EMP sounds unlikely at any given time but would be catastrophic if it ever happened, and may be more within the reach of foreign terror or enemy interests than we realize. Needless to say, I would have nothing to offer a world of “The Leftovers”.  Relatively few mainstream politicians mention it (Newt Gingrich does, to give him credit).  I haven’t heard Trump, Carson, or any other GOP candidates mention it.

Closer to “home field advantage”, there’s the issue of downstream liability exposure for Internet service companies – both the DMCA Safe Harbor issue and Section 230 (which handle different perils).  And there are business model questions – while “do not track” and (mobile) ad blocking seem necessary to many individual users, the overall effect could be to undermine business models that enables “gatekeeper-less” user-generated content to flourish. And don't whine that the big social media companies make big profits off  "your" content.  Without these companies and advertising, "you" might have no voice at all.  I do choke when I see pleas (either emails or Facebook news Timeline posts) from organizations or even individual authors pimping out donations so they can "speak for me".  Right now, I don't need anyone to speak for me.  So I'm lucky.

I do feel that I have served a useful function as a resident devil's advocate, leaving open to the public questions about overly "partisan" and intellectually insufficient arguments that appear to suit the immediate needs of constituent groups (which may indeed play victimhood) while ignoring a bigger picture.  But at some point one has to do more than function as a rotating reverse ombudsman, and be prepared to serve the real needs of other people in ways never envisioned previously.

So, yes, I could narrow down my focus, if I find a news partner.