The "Afterlife": where faith meets science, where "information" meets matter-energy 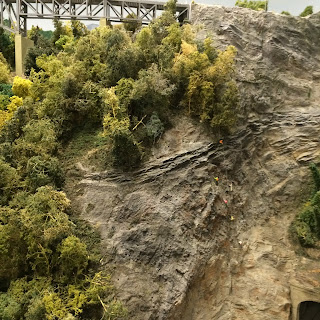 I’ll change the subject, slightly, this weekend, although to me this material about the Afterlife seems seamlessly integrated to everything else. I could even say that “Afterlife” reminds me of “Second Life”. 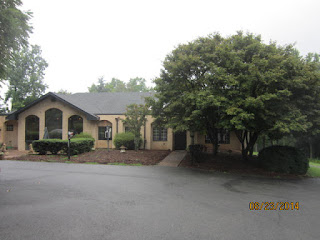 Mike Pettigrew has an article that apparently summarizes the partitions of the Afterlife as (apparently) it is presented at the Monroe Institute (South of Charlottesville VA).  There is a “map” that looks like a drawing of the Shire and related territory from “The Hobbit”.  I wish he provided a larger resolution of the image.  It looks like a board game, or something you could build a model railroad on (or make a computer game from).  The article us valuable to those (including me) who haven’t spent the thousands and spent the weeks of time to do the Monroe resident programs. 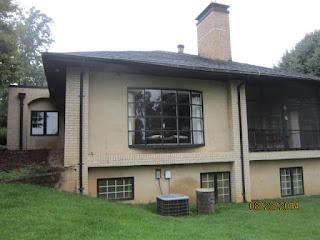 Interesting is the identification of the various levels.  “C1” is the consciousness and personhood of real life. He then describes several “Focus” levels, starting with a coma, and then with a state of having died but not realizing it.  That (Focus 23) could be a bad (and life-contradicting) dream that you cannot wake up from, or getting lost somewhere and never finding your way out of a “maze”.

There are three “hollow heavens” that correspond to major religious versions of the Afterlife.  (There might be a problem because the Islamic idea of Paradise starts at the end of time, which modern cosmology says may never occur.) People who actually “believed” with a capital “B” will experience these levels.  The Christian version of Heaven has always sounded a bit naive and not covering a lot of questions (what about infants? how can you "accomplish" anything?)

Then there is “Focus 27” which seems to be the ultimate place for the soul, to become part of a “soul family”.


In this level, one will have to confront one’s own “moral compass” when living on Earth (or any other comparable planet). That’s a favorite term of Anderson Cooper.  It could be loosely (or closely) related to “karma”.  One key idea is that equality of birth circumstance and genetics is simply impossible (not because of ideology, but because of logic), so there is some obligation to “start where you are.”  I can wonder how well the typical libertarian idea of personal responsibility (even as shown so well on “South Park”) comporting to individualism, plays out here.  It’s not good to take advantage of an advantage and not give back.  One idea is that it is impossible not to benefit from sacrifices of others that you never are aware of when they happen.  Libertarian moral thought, however, may take you farther than expected.  For example, greater freedom of self-produced public  and "gatekeeperless" speech  (as in the Internet age, on social media), for all the criticism (the cyber bullying, the enemy recruiting) is also promoting kindness and going to bat for others in a way not envisioned by past generations;  in a world where we are “alone together” we still cannot get very far if we remain personally insular (as people have done in the past).

One important issue, though, at this level has to be how one responded to coercion from others (even if perceived as bullying or combativeness).  That’s related to resilience.  I’ve said that I won’t allow my own life (and plans) to become bargaining chips for someone else’s religious or political agendas.  My own life path depends on and expressive my own (unusual) narrative, and I can’t always go to bat for someone else’s narrative even when under a lot of pressure.  That might not play well at this level, where things can get personal when you’re not ready for them to.  Still, when one is left free, it’s so very easy to stumble and make serious mistakes within narrower ideas of “personal responsibility”.

Another idea is that a religious belief, unto itself, doesn’t have moral standing.  Believing is not an event until there is some kind of works or action based on the belief.  It’s actions that matter, although this includes sustainability of the personal goals that motivate the actions.

One other question, would be, does it matter if one had children in earthly life?  Is there a connection to biological children (like the LDS idea of eternal family)?  I don’t find much off hand, but there is a perspective that children in the afterlife need adoptive parents.  The mention of angels can be left for another time. I'll add that, as a male who is not naturally actively heterosexual, I feel little inclination to accept socialization directed by others (starting with the needs of a mother in the home, and building family onto that).

I’ll share a related article from the “Lucid Mind Center”. Let me add, anecdotal evidence suggests that some reincarnation must happen.  How can prodigious children start out in life with such incredible abilities (whether music, mathematics, physics, programming) without having lived and learned the material before?  It would be great to have a 90-year-old's wisdom and start adult life over with a 20-year-old body.  Maybe transgenderism could be explained by reincarnation (as with "The Danish Girl", movie blog, Dec. 11).  But mathematics shows that more people have lived than are alive today, so most souls could not have been reincarnated yet. Note the BBC post, "Do the dead outnumber the living?"