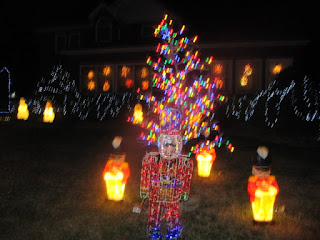 Ramsay Taplin “BlogTyrant” from Down Under has a new piece, "10 Basic of Blogging Search Engine Optimization" (tips).

I get lots of spammy email offering SEO and web design, and Google and Bing are always advising against fall for schemes because they change their algorithms to avoid cheating.

However, some of the tips make a lot of sense. One is to watch your use of anchor text for links, which I admit I haven’t always done, often saying something like “link here” rather than underlining and directly linking from the most descriptive words.  But there are some legitimate SEO help packages available with Wordpress (Bluehost) that appear OK with search engine companies to use.
Another is to watch your use of themes.  Again, Wordpress offers a wide range of themes that should be legitimate.

Ramsay also says that search engines now correlate blog search ranking with the owner’s social media presence.  I find that a little hard to believe it could be done.  Social media posts should “add value” to what is already available in blogs (or available books or videos) and not just pimp more “deals”.  Again (as with the post a week ago), the quality of followers (on Twitter, Instagram and Facebook) and even “Friends” (on Facebook) would seem more important than the quantity.  As I noted, I stumbled on this point recently in how I handled the “numbers” issue.

Blogtyrant also says that every blog should have a separate domain name.  I have not done this with “Blogger”, but I am considering doing this next year with a reduction (or condensation) of the quantity of blogs with fewer of the small posts.  Right now, Wordpress looks quite superior to me and I might move everything, but there is no reason in principle why Blogger could not offer the same level of quality and support if it wanted to.  I expect to look at this in detail in early 2016, by March at the latest (I hope).

Sites that are updated frequently tend to rank higher: I've noted this myself.

There is an interview with Ramsay on Profit Blitz from June 2014.

Ramsay’s advice is most applicable to narrow niche blogging.  A good example would be a realtor, intellectual property attorney, or tax preparer, or financial or estate planner, communicating with the public to “get business”.  There are companies that offer services maintaining blogs or sites for such professionals.  I used to think of these companies as come-ons (with their emails), but some are legitimate.  Getting real traffic and new business from the web, or helping independent professionals (in finance, law, medicine, etc) get that traffic can become an occupation in itself.  Could I have tried to do this back around 2006?  Or was the business and the available tools far enough along?

Niche blogging could figure in to future debates about Section 230 or even about shutting down a lot of user-generated content as a counter-terror measure, which Donald Trump proposed on Monday (but got little attention for outside of NBC, although the New York Times recapped it Thursday;  Hillary is reported to have made such a proposal, too, but a YouTube user removed a video of a speech where she supposedly said it).

Along Ramsay's line, here's another idea, to become a "Skillshare Teacher" online. 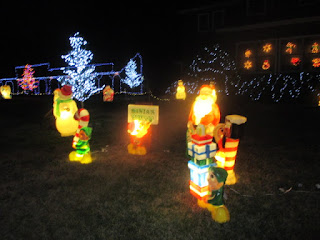 In fairness to Blogger, note that the platform has added a facility to highlight the archived posts that are the most important.  Wordpress may have a similar facility.

Note that Blogger does have "Next Blog", but in Wordpress, when you log onto it, you see your own recent posts within a day or two. Search engine placement even in Google for Wordpress now seems to be about the same as for Blogger in my own experience.  I have a theory that one reason Wordpress has a better reputation with professionals is that it uses MySQL, whereas Blogger seems to use its own proprietary database, which would be harder for potential web hosting partners to work with. Developing its own might have made sense in the early 2000s but it seems to be a problem now.  I wonder if Ramsay will comment on this matter soon.