Resilience: a component of moral compass, online and in "real life" 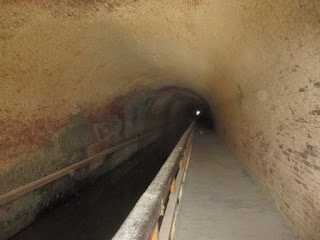 One question that rummages is, as a personal moral matter, should I (or “we”) count on the “the rule of law” and “the world as we know it” to work all the time?  Or is there some ukase that I should be able to survive and be of use to others if some catastrophic breakdown happened as a result of war, terror, or even natural cataclysm (like a huge solar storm).

This gets into the “doomsday prepper” mentality, as well as the idea that every law-abiding citizen should be able to defend him or herself and family. Along those lines, note a Washington Post story early Tuesday, “For many at Liberty University, Guns and God go hand in hand”.  That refers to the late Jerry Falwell’s school in Lynchburg VA.

In ordinary daily life, many of us do have the opportunity to be masters of our own fates.  Given the familiar legal and financial system, it is easy to “screw up”, just as it is in the workplace or in personal relationships.

But, “we” see literature telling “us” how to be prepared to survive for extended periods without power. We are told we should learn how to defend ourselves.  How to do CPR, how to rescue people from drowning, how to step up and intervene when necessary.  The availability of your body for blood ad organ donations (slowly being resolved for MSM) becomes an expectation.  It’s curious how these expectations recycle in different forms;  I grew up at time when the male-only military draft was a major moral issue, and how I dealt with it is part of my own narrative.

One of the most critical ideas seems to be, when we’re at “war”.  Isolated terror incidents, even large ones, do not constitute war, and for politicians to react as if it did may be what enemies want to see.  But at some point, civilian populations may have to deal with the reality of war, as so many in Europe learned in WWII and has happened repeatedly in world history.  When war comes, individuals are expected to make existential sacrifices and start over, and still find life worth living.  Some may not. (The great example in literature is Scarlet O’Hara in “Gone with the Wind”: she had it [unearned and acquired unjustly], lost it, got it back, and lost it (that is, Rhett) again.)  But resiliency, in this sense, becomes part of moral fabric.  If people are perceived as personally resilient, enemies may be deterred. But resiliency also involves a modicum of “must” rather than merely “should”. 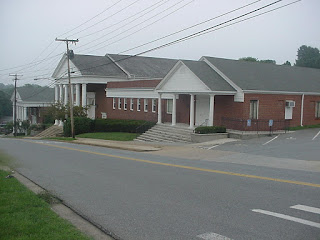 The biggest issue for me personally at this stage of life is that my whole sense of personal “effectiveness” depends on Internet speech without gatekeepers.  That could be lost because of abuse by others or as a response to terror (as with long-term power grid failures in the most extreme terror or natural catastrophe scenarios), or even to changing business models.  It raises the question, why don’t I “get more out of” direct intervention to help others.  Some, but not all of the answer is that such interventions would not have been welcome in the past;  they are more expected today (ironically) partly because of the way modern social media has played out. (Some people insist thaat you live in their shoes and world if you are to help them at all;  they don't want to hear from "you" about the "Outside", and that indeed is a problem.)  Some of the answer is just the mathematical idea of differentiating “eventually” from “frequently”; the notion that “There is always a first time” and sometimes there indeed is.  Anyone can suddenly be in need, because of someone else’s irrational hostility.  Anyone can lose everything, or have it taken away by force.

True, this is not an everyday concern, but because it can happen “eventually” the idea is part of our moral landscape.  That may be one reason for the brazenness and combativeness of some “enemies”.
The other side of this discussion is, of course, prevention.  Politicians (especially the GOP) are ignoring the steps we can take to protect infrastructure.  But libertarian investors have indeed noticed.

So the whole Biblical question about "loving your enemies" has moral significance.