My own milestones: "Epiphany" screenplay finished: what lies ahead (and maybe beneath) 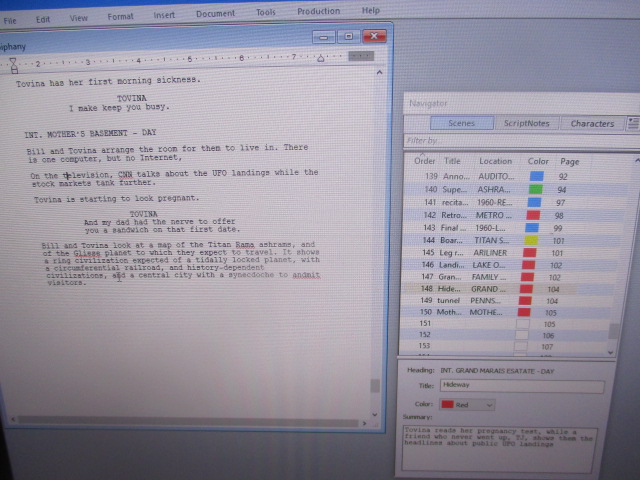 I recall a moment shortly after midnight New Year’s Eve, when we had moved into 1990, as I left a DC Sports event in a party room at a large Crystal City (Arlington VA) highrise, saying to myself, “The clock is ticking.”  Soon I would start a new job, that would mesh with my writing of my first book in 1997, and six very interesting years in Minneapolis (around Y2K).  1990 seemed like  very modern times.

So it is again. I have self-published in print and onlone (since 1996) and blogged (since 2006) with a certain political effectiveness, which may seem to have lessened in more recent years, and like everything else in life, I have to wonder what is really sustainable, especially at age 72.
In early 2014, recall, I pubbed the third of my “Do Ask Do Tell” books. I opened two new Wordpress blogs at the end of 2013 for more extensive footnotes (including some very detailed narratives of some unusual life events) and to track my own media work, as well as review media items that are unusually relevant to my own work and that don’t fit into my Movies, Drama, or TV Blogger logs (partly because they are older and may have been reviewed once on my legacy “doaskdotell” site).  Part of the point of the media Wordpress blog was also to summarize old novel manuscripts that I had started, as far back as 1969 (“The Proles”) but mainly in the 1980s and early 1990s, before I turned to my DADT books and has been motivated by the “gays in the military” issue.  World history changed a lot (like the collapse of the Berlin Wall and then the Soviet Union) during those years, meaning my fiction had been hitting a moving target. It keeps changing.

More recently I set some development goals for myself, which I most recently outlined in detail here Sept. 3, 2015.

On Monday (December 28, 2015), I finally “finished” an “acceptable” shooting script of the screenplay “Epiphany” in Final Draft 9 format. I tweeted (and “Facebooked”) that fact late Monday night, and got surprising response (including people who want to make money running funding campaigns and revising the script for commercial pitches).  The length is 105 pages.  The film would run about an even two hours (I can estimate scene times in notes), but the extra music performances would probably have to go into deleted scenes or be a DVD special ad-on.  I cheated a little on the detail of “secondary flashbacks”.  The intention is that when characters talk about past incidents or even recall them (telepathy becomes a big plot element), the camera shows quick 1-2 second flashes of the events (filmed at original locations if possible).

I do wonder if Project Greenlight plans to announce a script-writing contest in 2016.  In the past, such announcements have typically occurred between the Gold Globes or Oscar Nominations, and the Oscar ceremony in late February.  One of the announcements happened on a Sunday morning. PGL used to have a great discussion forum site (in the pre-Facebook era) and had at least one big party in LA, in 2003 I think.  I’m not sure if PGL still has a studio affiliation (with Disney-Miramax, the Weinstein Company, or anyone else).

But I actually have another script, which I call “Titanium”, in reasonable shape, which comes closer to the expectations of the commercial market.  It would need to be moved into Final Draft 9 format.
“Titanium” does involve “me” as a background character but is seen largely through the life of a heterosexual reporter in Dallas, whose fiancé has disappeared and may have been abducted by a UFO. the meantime, the reporter has another (in fact, mixed race) affair.  But when he investigates the abduction, he becomes the first to witness a public UFO landing. One of the points of this 2006 screenplay is to show how the public (like the media, government, stock markets) really would deal with a public UFO event (not in the “silly” style of “Close Encounters”).  This idea would sound sellable. On he other hand, “Epiphany” is driven by my need to find a way to propose filming the “Do Ask, Do Tell” series of books.  On an outer level, the story reminds one of Arthur C. Clarke’s (SfYy Channel, TV blog. Dec. 15) “Childhood’s End” and “Rendezvous with Rama” (which Morgan Freeman has been trying to produce).  But the backstory about “me” and a few others comes from the DADT series.  One advantage of “Epiphany” is that the “space rama” set could be constructed anywhere (at studios in Louisiana, Georgia, Texas, Toronto, or even overseas like the Czech Republic). But the flashbacks (especially those involving William and Mary) really should be filmed on location to be effective.

For the novel (“Angel’s Brother”) I found that diagramming the plot in Microsoft Access to be very helpful, as providing a template. I thought that this would help with the screenplay (“Epiphany”). But  the Final Draft 9 Script Notes provided what seemed an even better analytical diagram of the story. The use of the feature led me to change the writing, and emphasize a lot more the interactions among the many other characters on the space station “colony” apart from “me”. The surface story became much more intricate and probably more appealing to a wide mainstream audience (outside the LGBT area).  Maybe a fair comparison could be “Judas Kiss” and “The Dark Place” but this concept is much more ambitious.  Perhaps my Rama-world is indeed a “roadside attraction”.

I also found that a detailed treatment of the screenplay was not as useful as a shorter template that followed the five "key turning point" steps on Michael Hague's Story Structure chart.

As a sequel for either film, imagine life on an “evacuation” spaceship raising whole new generations of children (with Rama-like artificial gravity), and then life in a civilization on an eyeball planet , maybe tidally locked (in a “twilight” termination zone) and maybe a satellite of a really big civilization able to have built a Dyson Sphere. (Or is Ridley Scott doing that now with sequels to “Prometheus”?) 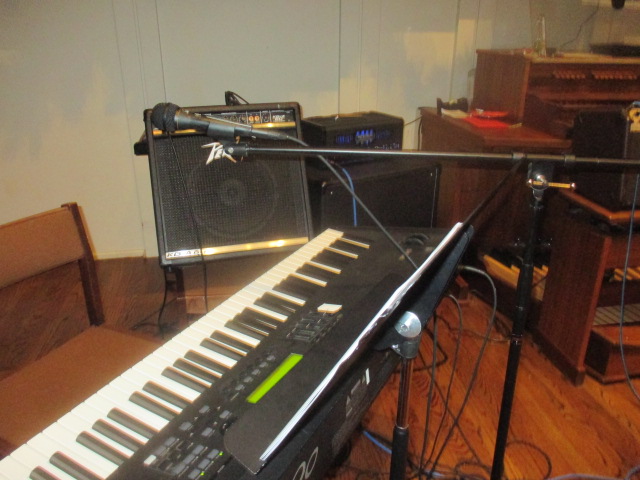 The other work in the near future includes completing the Sonata in Sibelius, and making about seven short pieces that contain thematic material used in the sonata playable on their own in Sibelius. (Just two of these are done right now.)

A major concern of mine will be whether others could “pick up the pieces” and see this work produced should “something happen to me”. No, I’m not being pessimistic.  But sometime in January, I expect to leave much more explicit directions as to where everything is and what can be done with it, on a well-documented location (known to potential executors).  It may be a page on one of my Wordpress blogs (probably “Bill’s Media Reviews”).  I would expect being able to post this information no sooner than Monday January 18, 2016 (or Tuesday Jan. 19 because of the holiday) but hopefully no later than Monday, February 1, 2016.

Another issue is the sustainability of my various websites (one or two of which get little updating now) and blogging setup.  It is difficult for me to maintain some many separate URL’s forever, and I am considering reducing the number of them. There would be fewer “small” news stories (which I could post instead on a Facebook “public figure” page which pulls "followers" instead of "friends" but still feeds in algorithmic sequences to visitors) and most posts would be “in-depth” and emphasize more original material not easily available elsewhere (these seem to do the best according to Analytics anyway).  I know I’ve said this before.  But I would like the media review blogs and major news blogs to be under a contractual support agreement on paid space.  That would make it easier to work with guest bloggers and apply some of the advice of “Blogtyrant” (Ramsay Taplin) that I’ve covered before.  It appears right now that this is more easily done on Wordpress than Blogger, but that needs to be reviewed further.  One potential big issue would be conversion of large blogs (> 2000 postings) to Wordpress.  I don’t know whether there would be problems. On the other hand, I have reason to believe that the “free service model” may not be sustainable forever as a business model by the companies that provide them.  (Oh, yes, “It’s free”.) I’ve covered issues like native ads and “do not track” here before, a lot.

After posting my “wishes” for my projects (by Feb. 1), I expect to start spending more time on activities that could benefit others in the community, including the possibility of making the house available for more “radical hospitality” or for the possibility of a sale and relocation, and volunteerism.  But I need to be able to spend more focused time on this once I start, so I need to get to this early 2016 breakpoint first.