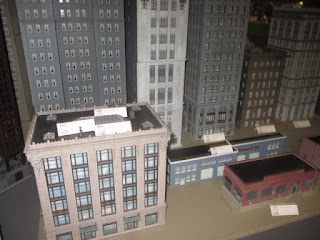 Proposals to limit free speech (or its unsupervised distribution) continue to emerge.

In Bloomberg, Cass R. Sustein writes about “Islamic State’s Challenge to Free Speech”. One of the ideas he discusses is the “Learned Hand Test” from a judge with a curious name, which would consider indirect incitement to violence as a clear and present danger.  A relevant case is Dennis v. The United States, decided by the Supreme Court in 1951.

American (University of Chicago) law professor Eric Posner writes in Slate bluntly “ISIS gives us no choice but to consider limits on speech” with the subtitle byline, “America faces unprecedented danger from the group’s online radicalization tactics”.   Posner wants to make it a crime to even access, or at least link to, sites that promote ISIS propaganda.  Imagine the NSA surveillance issue then!  And imagine the idea of it being a crime to provide a simple hyperlink (although that had come up with the Communications Decency Act in 1996, the portion that got struck down by the Supreme Court in 1997).  And why, in this era of unprecedented communication, is so much of our population sitting ducks for “propaganda”.  That sounds like something Vladimir Putin would say. I can remember we studied the idea of "propaganda" in twelfth grade government class back in 1961. Posner's "modest proposal" would not seem funny to Jonathan Swift.

It would seem that a relevant idea would be, whether the nation is legally "at war", which NATO commitments could relate to.

Geoffrey Stone (also, like Posner, a law professor, at the University of Chicago) responds to all this in the Huffington Post, “ISIS, Fear, and the Freedom of Speech” in the Huffington Post.   Dec. 22. But any other issues, already considered here, could fold into these debates, such as downstream liability for service providers, the absence of gatekeepers before posting, gratuitous publication, and implicit content.